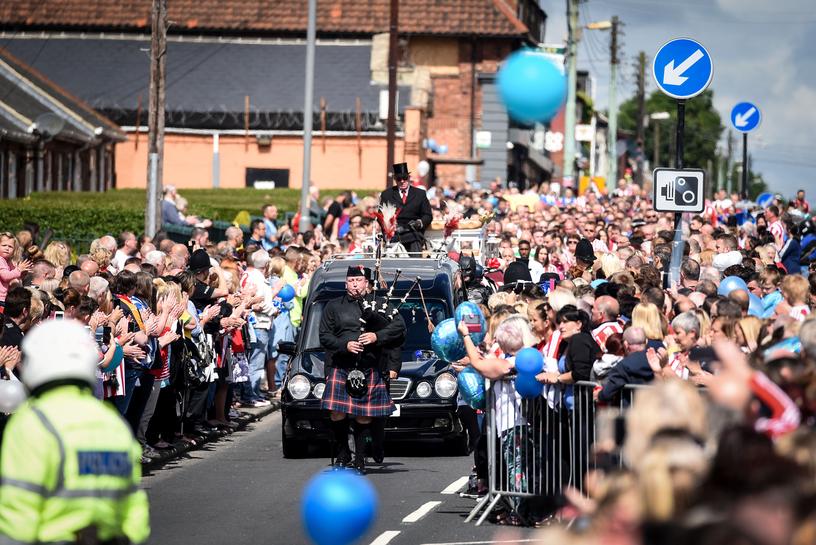 LONDON (Reuters) – Hundreds of mourners lined the streets of a northern English village on Friday for the funeral of a football-loving six-year-old boy whose battle with cancer captured the hearts of many people in Britain.

Many of the mourners for Bradley Lowery, who died on July 7, wore the shirts of local football club Sunderland that he supported while others were supporters of rivals Newcastle and clubs from around England.

Some people dressed as super-heroes as a tribute to the boy’s determination to fight the disease.

Lowery became known nationally as he accompanied Sunderland players in taking to the pitch before matches, often in the arms of striker and England international Jermaine Defoe ,who once described the child as his best friend.

Defoe travelled from Spain, where he was training with his new club Bournemouth, to attend the funeral.