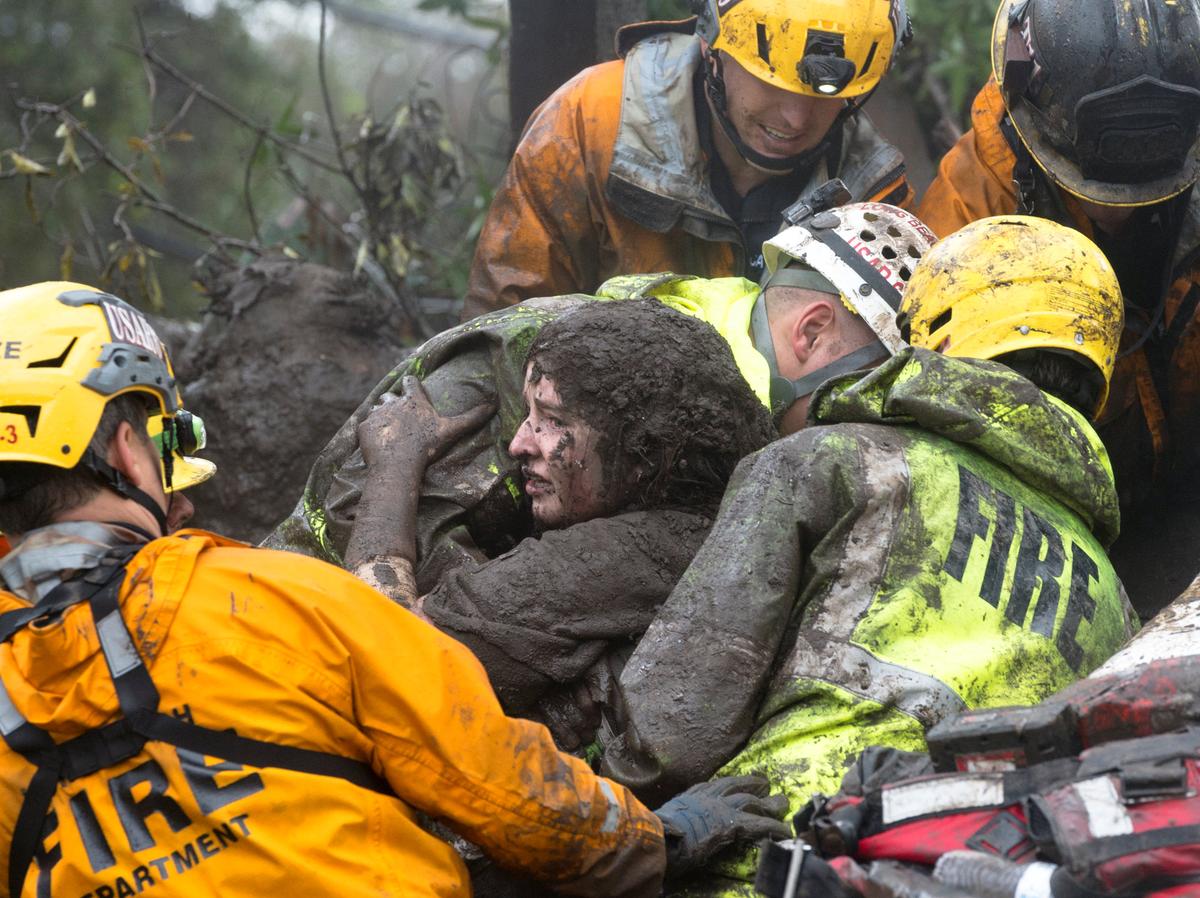 LOS ANGELES (Reuters) – At least 13 people died and thousands fled from their homes in Southern California on Tuesday as a powerful rainstorm triggered flash floods and mudslides on slopes where a series of intense wildfires burned off protective vegetation last month.

Heavy downpours struck before dawn on Tuesday after thousands of residents in Santa Barbara County along the Pacific coast north of Los Angeles were ordered to evacuate. But only 10 to 15 percent complied with mandatory orders, said Amber Anderson, a spokeswoman for the Santa Barbara Fire Department.

”The best way I can describe it is it looked like a World War One battlefield,” Brown said.

The death toll on Tuesday surpassed a California mudslide on Jan. 10, 2005, that killed 10 people as a hillside gave way in the town of La Conchita, less than 20 miles (32 km) south of the latest disaster.

The threat of mudslides prompted the county to order 7,000 residents to leave their homes before the rains came and to urge 23,000 others to evacuate voluntarily.

The county set up an evacuation shelter at Santa Barbara City College and also gave residents a place to take their animals.

Last month’s wildfires, the largest in California history, left the area vulnerable to mudslides. The fires burned away grass and shrubs that hold the soil in place and also baked a waxy layer into the earth that prevents water from sinking deeply into the ground.