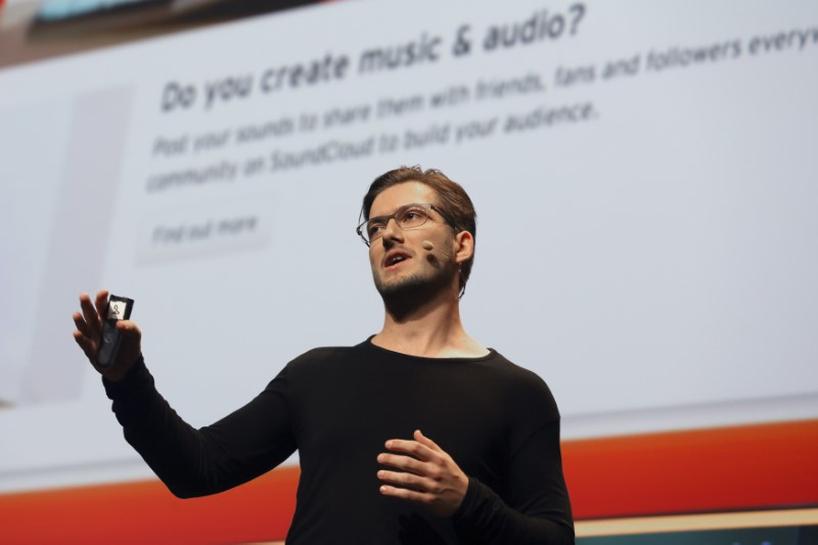 FRANKFURT (Reuters) – SoundCloud, the world’s biggest music-streaming service, is still struggling to find a business model – it now has enough cash to last until fourth quarter, after laying off 40 percent of its staff, a representative said on Thursday.

The Berlin-based start-up is different from rivals Apple, Spotify and Amazon in that it relies more on amateur musicians, for whom it provides a rare platform, and less on major commercial artists.

But like them, it has yet to turn a profit. The big music labels on which most of the services depend – themselves under pressure from the shift to digital music – strike hard bargains.

And SoundCloud – which said three years ago it had an audience of 175 million, a figure it has not updated – lacks either Spotify’s large base of paying subscribers or the deep pockets of Apple and Amazon that can subsidize their music services.

Last week, SoundCloud said it was firing 173 staffers and closing its London and San Francisco offices to focus on Berlin and New York. “We’re on our path to profitability and in control of SoundCloud’s independent future,” co-founder Alex Ljung wrote in a blog post.

Technology website TechCrunch reported, however, that staff were told at a meeting this week that the layoffs only saved the company enough cash to hold out until the fourth quarter.

A spokeswoman the SoundCloud declined to comment on the TechCrunch article in depth. She did say, “SoundCloud is fully funded into the fourth quarter. We continue to be confident the changes made last week put us on our path to profitability and ensure SoundCloud’s long-term viability.”

She declined to comment on funding beyond the end of the year.

The news has reignited speculation that SoundCloud will be acquired by a rival. It was targeted by Spotify last year in a bid that was later aborted.

Spotify, recently valued at $13 billion, is now planning a direct listing on the New York Stock Exchange later this year or in early 2018, sources told Reuters in May.

“The biggest problem I see is that the financial problems will absorb much of management’s time in trying to raise more money, meaning that the real problems of the business go unaddressed,” independent technology analyst Richard Windsor wrote in a note.

“Of all the potential suitors, I think Google makes the most sense,” he said, noting SoundCloud’s similarity to Google’s YouTube in its focus on user-generated content. “Google will probably be most able to monetize what SoundCloud cannot.”

SoundCloud, which was launched in 2008 and has never said how many paying subscribers it has, last month launched a budget subscription package in the hope of persuading more listeners to convert from the free service.

SoundCloud raised $100 million last June from a group of investors including Twitter, valuing the company at roughly $700 million, according to Re/code.

In March, it raised a further $70 million in debt from Ares Capital, Kreos Capital and Davidson Technology to meet its expected 2.5 times year-on-year revenue growth in 2017, a company spokeswoman said.

Co-founder Alex Ljung said in a public interview at the Tech Open Air conference in Berlin this week that the company was fundraising, although he declined to comment on a rumor it was trying to raise $250 million.

India reports another record daily rise in COVID-19 infections
Hong Kong Jails Prominent Democrats, Activists For ‘Illegal Assembly’
Surviving recession: I was laid off twice within months. Now I help others like me find jobs
Commentary: Grappling with the sadness and outrage triggered by school mergers
Citi to hire up to 1,500 people in Singapore to boost consumer wealth management businesses