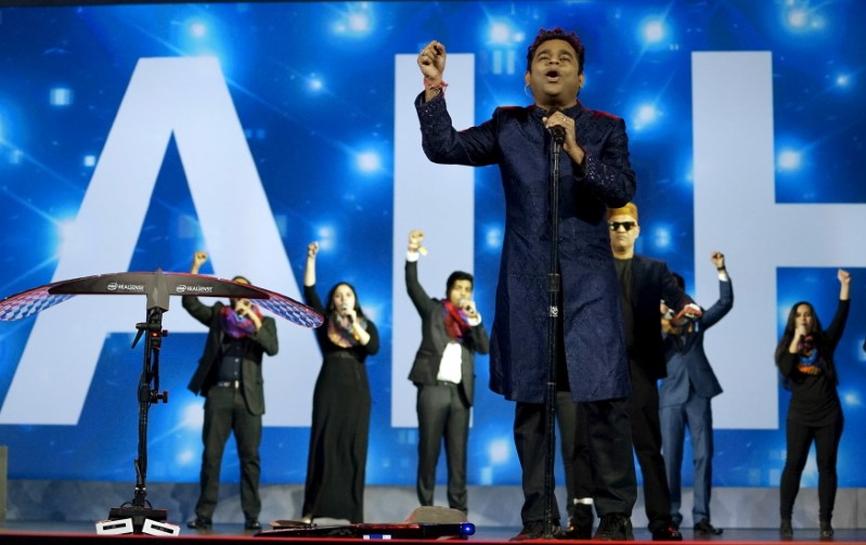 LONDON As he celebrates 25 years in the music industry, the Oscar and Grammy-winning Indian musician A R Rahman says his religious beliefs have helped define and shape his career.

Rahman, who converted to Islam in his 20s, is in London with a show called “Yesterday, Today and Tomorrow”.

He told Reuters in an interview on Thursday that his interpretation of the Muslim faith meant living a life that was simple and in which humility was key.

“Islam is an ocean, you know, it has different sects. More than 70. So I follow the Sufi kind of philosophy which is about love,” Rahman said. “I am what I am because of the philosophy I’m following, my family is following. And of course, many things are happening, and I feel it’s mostly political.”

Steeped in folklore, poetry and spiritualism, Sufism is a non-violent form of Islam based on hypnotic rituals and reflects the religion’s mystical side.

The 50-year-old artist, who has won two Oscars, two Grammys and a Golden Globe, has over 160 film soundtracks to his name, including the Oscar-winning “Slumdog Millionaire” and Bollywood films like “Lagaan” and “Taal”.

He sings, writes songs, plays instruments and composes music and has teamed up with other global artists including Mick Jagger, Sarah Brightman and the Pussycat Dolls.

Rahman said his latest tour, which kicks off at Wembley SSE Arena in London on July 8, will take his fans on a journey through his music for the last quarter of a century.

The softly spoken artist, who nevertheless has a powerful stage presence, said he still had more to achieve and hoped music would help bring more people together.