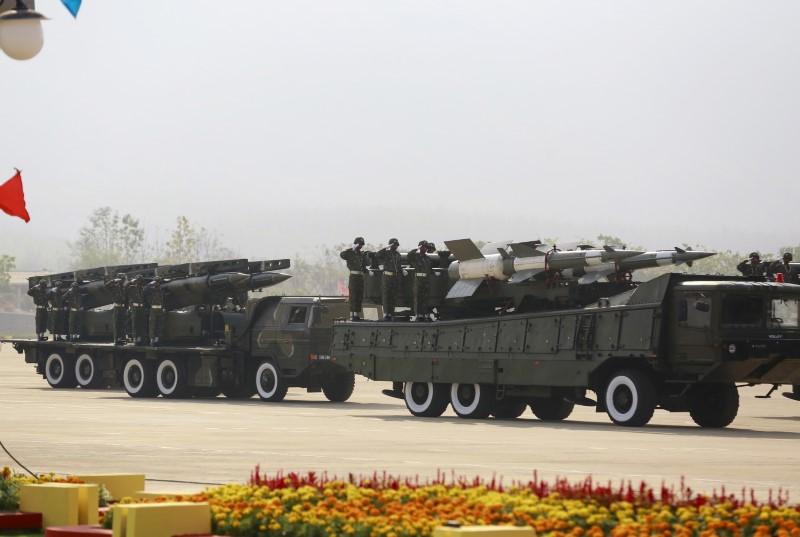 WASHINGTON (Reuters) – The Myanmar military, which has been accused of ethnic cleansing against the country’s Muslim Rohingya minority, has been invited back as an observer in a major multinational military exercise next year led by the United States and Thailand.

Lieutenant Colonel Christopher Logan, a Pentagon spokesman, told Reuters that Thailand had invited Myanmar to take part in the annual Cobra Gold exercise, which involves thousands of U.S and Thai military personnel and participants from other Asian countries.

Myanmar had been invited to observe the humanitarian assistance and disaster relief portion of the exercise, Logan said.

A senior officer at the Directorate of Joint Intelligence of the Royal Thai Armed Forces told Reuters it was unclear whether Myanmar had accepted the invitation but Thailand was eager for them to join.

Asked why Thailand decided to invite Myanmar despite concerns over the crackdown against the Rohingya and whether this issue was part of their deliberations, the official said: “That never came up in the discussions. We separated that issue (the Rohingya). We focus on training, on education, on military cooperation. That is our wish, to have Myanmar involved.”

“That is politics. We are soldiers. This is a military exercise,” added the official, who declined to be named because he was not authorized to speak to the media.

The Myanmar military did not respond to several requests for comment.

When asked whether the U.S. military had attempted to apply pressure on Thailand not to invite Myanmar because of the international condemnation of its crackdown, the Pentagon declined to comment on internal deliberations.

Myanmar’s military cracked down on Muslim Rohingya from Rakhine state following Rohingya militant attacks on an army base and police posts in August. The crackdown has caused around 650,000 Rohingya to flee to Bangladesh in recent months.

The United States and the United Nations have described the campaign as ethnic cleansing of the stateless Rohingya people.

The Myanmar military has said its own internal investigation had exonerated security forces of all accusations of atrocities in Rakhine.

But earlier this week, the United States imposed sanctions on 13 “serious human rights abusers and corrupt actors” including Myanmar general Maung Maung Soe, who oversaw the crackdown against the Rohingya.

Zachary Abuza, a professor at the U.S. National War College, said inviting Myanmar to the exercise was “outrageous” and sent the wrong message.

“To invite them after what the U.S. government has labeled ethnic cleansing, when the Treasury Department just yesterday designated the commander for these egregious violations of human rights, just seems wrong, and that is putting it too mildly,” said Abuza, who focuses on Southeast Asia and security issues, including human rights.

In the 2017 Cobra Gold exercise, 29 nations either participated or observed the exercise, including Myanmar. It included about 3,600 U.S. personnel. Cobra Gold is an annual exercise in Thailand. The 2018 war games are expected to be held in February.

The United States and Thailand have carried out joint war games for decades, even though Bangkok’s record on human rights and democracy has often been criticized in Washington.

The U.S.-Thai relationship cooled when the Thai military took power in a 2014 coup but has improved under President Donald Trump.

Two Reuters journalists were arrested in Myanmar on Dec. 12 and on Thursday appeared in court and have been remanded in custody.

Reporters Wa Lone and Kyaw Soe Oo have been in detention for nine days with no detail on where they are being held. They have not had access to visitors or lawyers.

Additional reporting by Amy Sawitta Lefevre in Bangkok and Yimou Lee in Yangon; Editing by Alistair Bell and Mary Milliken