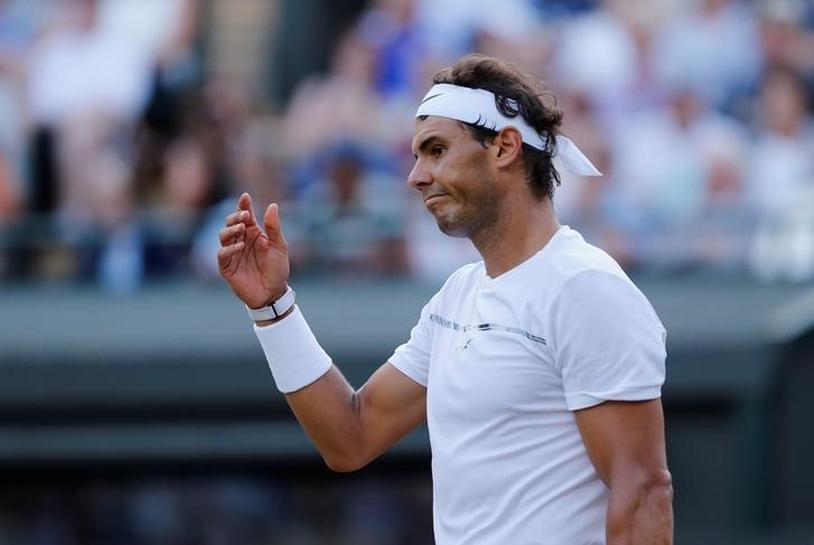 The 31-year-old Nadal fought back from two sets down and saved four match points in a 135-minute minute fifth set in which he successfully served to stay alive nine times.

At the 10th time of asking, however, and with thousands of transfixed fans watching the drama unfold on the screen on the hill and on the edge of their seats on Court One, Nadal buckled under the relentless pressure exerted by an inspired Muller.

A miss-hit forehand gave Muller two more match points and this time he finished the job as a weary Nadal went long.

Sixteenth seed Muller, who served 30 aces and hit 95 winners, will play Marin Cilic in the quarter-finals.

“I’m just glad it’s over,” the 34-year-old Muller, who claimed a second Wimbledon win over Nadal having beaten him at the All England Club in 2005, said.

“I did really well in the first two sets, then Rafa stepped it up. It was a big battle. When I had the last two match points, I thought I just had to give it a shot.”

Muller outplayed 15-times grand slam champion Nadal in the opening two sets but when the Spaniard fired himself up and began to play his best tennis it seemed his chance had gone.

With Prince Felix of Luxembourg watching in the stands, Muller showed remarkable resolve to withstand the Nadal fightback and keep his nose in front in the fifth set.

He saw two match points come and go in the 10th game, saved break points at 6-6 and 9-9 as Nadal turned the screws, and then secured the biggest victory of his career to reach the last eight at Wimbledon for the first time.