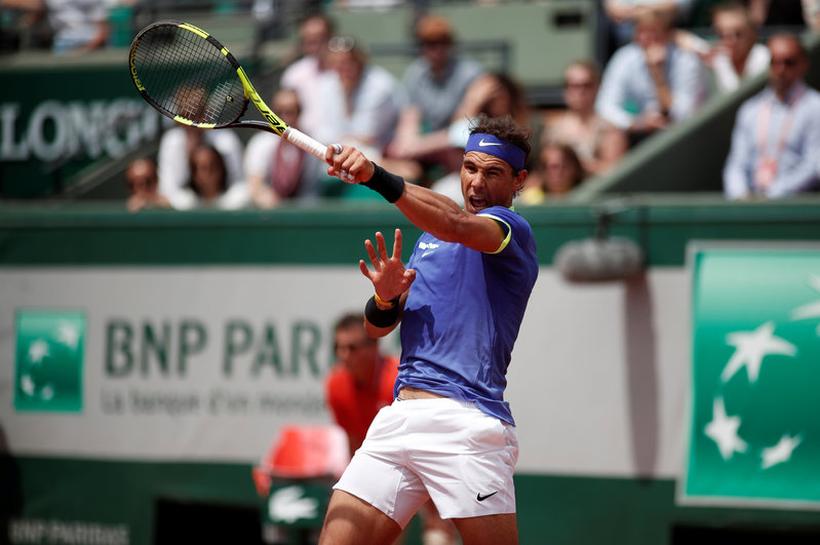 PARIS Rafa Nadal returned to Roland Garros after his birthday celebrations and showed no signs of slowing up, railroading compatriot Roberto Bautista Agut 6-1 6-2 6-2 in the fourth round on Sunday.

In yet another ominous performance, Nadal destroyed his opponent on Court Suzanne Lenglen to move into the quarter-finals and one step closer to a 10th Roland Garros crown.

Nadal, who turned 31 on Saturday, will next face either Milos Raonic or another Spaniard Pablo Carreno Busta for a place in the semi-finals.