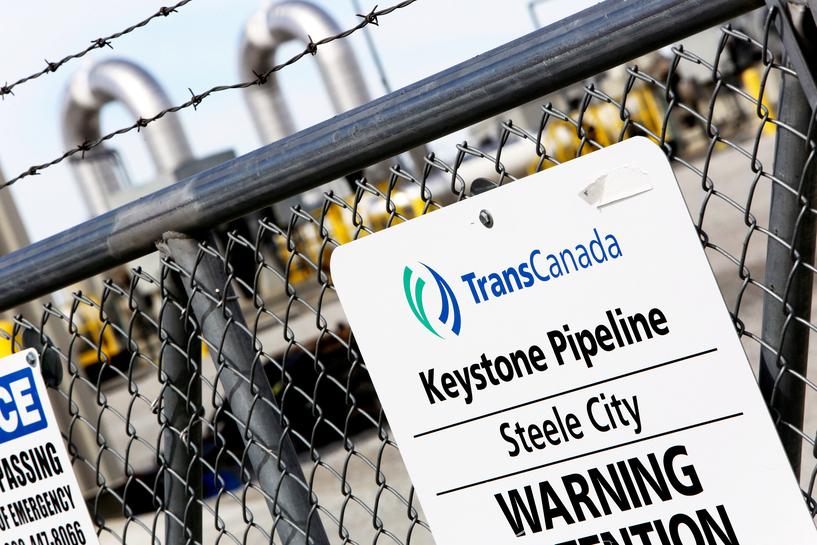 LINCOLN, Nebraska/WASHINGTON (Reuters) – Nebraska regulators will announce their decision on Monday on whether to approve TransCanada Corp’s Keystone XL pipeline route through the state, the last big hurdle for the long-delayed project.

The stakes are big. President Donald Trump, a Republican, has made Keystone XL’s success a plank in his effort to boost the U.S. energy industry. Environmentalists have made the project a symbol of their broader fight against fossil fuels and global warming.

The proposed 1,179-mile (1,897-km) pipeline linking Canada’s oil sands to U.S. refineries has been a lightning rod of controversy since it was proposed nearly a decade ago. The administration of former President Barack Obama, a Democrat, considered the line for years before rejecting it in 2015 on environmental grounds.

Trump swiftly reversed that decision, handing TransCanada a federal permit for the pipeline in March and arguing the project will lower fuel prices, boost national security, and bring jobs.

The decision placed the pipeline’s fate into the hands of an obscure regulatory body in Nebraska, the only state that had yet to approve the pipeline’s route. Nebraska’s Public Service Commission is charged with assessing whether the route is in the state’s best interests, but cannot consider the risk of spills since the project already has an environmental permit.

An aerial view shows the darkened ground of an oil spill which shut down the Keystone pipeline between Canada and the United States, located in an agricultural area near Amherst, South Dakota, U.S., in this photo provided November 18, 2017. Courtesy DroneBase/Handout via REUTERS

Opposition to the line in Nebraska has been driven mainly by a group of around 90 landowners whose farms lie along the proposed route. They have said they are worried spills could pollute water critical for grazing cattle, and that tax revenue will be short-lived and jobs will be temporary.

“The spill (in South Dakota) only confirms all our fears,” said Jeanne Crummly, a rancher in Page, Nebraska.

TransCanada and its supporters have responded by saying the project would bring economic benefits, and could be operated safely. The company said last week’s spill near Amherst, South Dakota, was contained and being cleaned up.

The project could be a boon for Canada, which has struggled to bring its vast oil reserves to market. But there are questions about demand for the pipeline after a surge in drilling activity in the United States.

“Considering the growth of oil output in the U.S. … the economics of importing the heavy crude from Canada is not fully justified,” said Chirag Rathi, director at business consultancy Frost & Sullivan in Texas.

TransCanada has said it has received adequate support to make the pipeline viable. But it has yet to announce results of its open season to gauge interest among shippers, which closed at the end of October.

Illegal logger turns firefighter to defend Indonesia’s peatlands
Hand signals only: How Thais are marshalling mass protests
CNA explores Singapore on foot (Day 5): An unexpected guide and finally, the big finish
Singapore can be ‘a more digital, more resilient advanced manufacturing base’ for the world: DPM Heng
US military says South Korean workers may be laid off amid row over costs