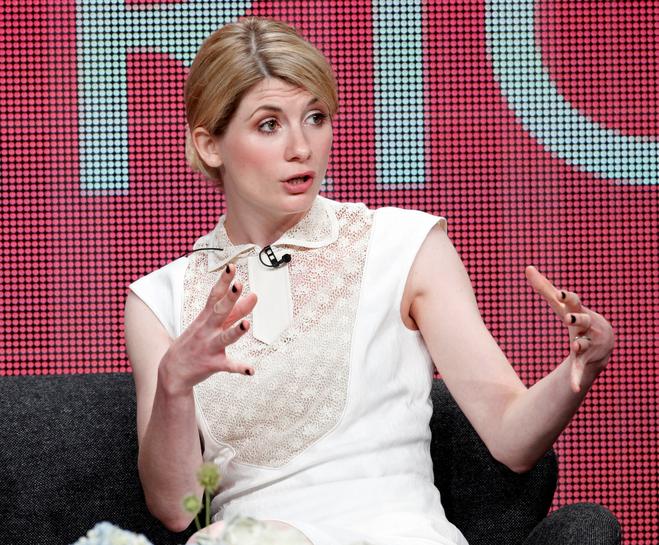 LONDON (Reuters) – Jodie Whittaker, the first woman cast as the lead role of the BBC’s iconic sci-fi program “Doctor Who”, expressed hopes on Monday that fans will embrace her role as a symbol of diversity rather than fear the shift from a man.

Whittaker, 35, breaks a tradition back to the start of the television series in 1963 that the Doctor is a man, traveling the universe as a “time lord” in a telephone box to protect the weak and combat evil aliens.

“I hope, you know, my gender isn’t a fearful thing for the fans,” Whittaker told the BBC, in her first broadcast interview since her casting was announced last month.

“In this world particularly – there aren’t rules and that’s a great thing, you know, so hopefully, hopefully everyone is excited, as excited as I am,” she added.

Her casting was largely viewed positively by fans and commentators but some on social media argued that the role of the Doctor should not be played by a woman. Whittaker said that she had missed the reactions as she was not a social media user.

Ultimately, Whittaker hopes that her casting will help fans of the program to embrace diversity.

“Now we can say to young boys and young girls that the people that you potentially look up to or the characters that you love don’t necessarily have to look the same as before – you know, we can celebrate the fact of differences.”

She told the BBC that she believed getting the role would be “a blessing and a curse”, and expressed the hope that media interest in her personal life would die down: “It’s not very exciting”, she said.

“Doctor Who” is one of the BBC’s most popular scripted programs, and has inspired a devoted fanbase in several countries, with clubs, conventions and fan publications. She will be the 13th Doctor.

Whittaker replaces actor Peter Capaldi, who has played the program’s lead role since 2014. She has previously appeared in British crime drama “Broadchurch”, and British cult film “Attack the Block”, among other roles.

Her casting comes as the BBC deals with the public relations fallout from revelations that it pays its highest profile female on-air talent significantly less than men in comparable positions.

Writing by Mark Hanrahan in London, editing by Alister Doyle