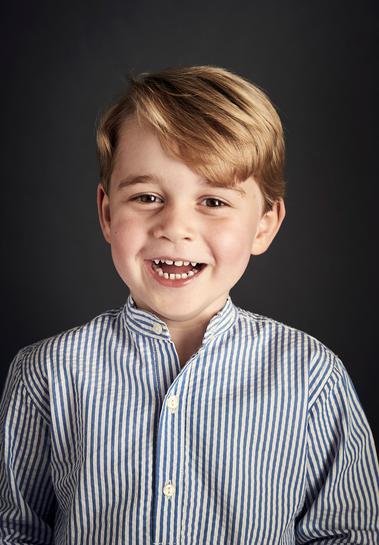 George, the great grandson of Queen Elizabeth and third-in-line to the throne, was pictured with a beaming, toothy grin as he posed in a stripy blue shirt in the photo which was taken last month.

William and Kate, who are officially known as the Duke and Duchess of Cambridge, returned to England with George and his sister, two-year-old Princess Charlotte, on Friday after five-day tour of Poland and Germany ahead of his birthday on Saturday.

“The Duke and Duchess are very pleased to share this lovely picture as they celebrate Prince George’s fourth birthday, and would like to thank everyone for all of the kind messages they have received,” William’s office said in a statement.

ASEAN must reiterate guiding principles when it comes to situation in Myanmar: Vivian Balakrishnan
ExxonMobil to cut 7% of Singapore workforce, cites ‘unprecedented conditions’
Football: Former international Stephen Ng appointed head coach of Singapore women’s national team
‘Outside, we don’t get a chance’: What it is like studying for a degree in prison
About 580,000 Singapore Airlines KrisFlyer and PPS members affected by data security breach