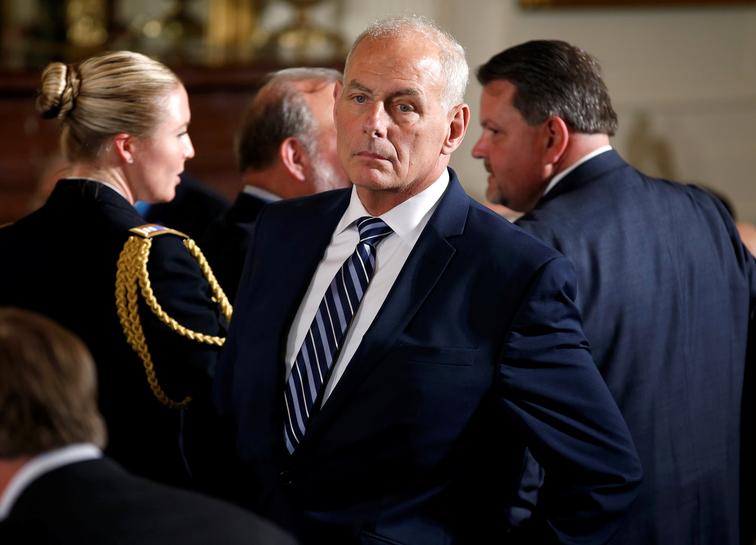 Kelly, who was named chief of staff by Trump on Friday, phoned Sessions on Saturday to reassure him the White House wanted him to remain as head of the Justice Department, AP said, citing two people familiar with the call.

Kelly said Trump was still angry over Sessions’ decision in March to recuse himself from the investigation of alleged Russian meddling in the 2016 U.S. election and possible collusion with the Trump campaign, but the president did not plan to fire him or hope he would resign, according to AP.

The White House did not immediately respond to a request from Reuters for comment.

The Kremlin says it did not interfere in the election, and Trump has denied any collusion.

Last week, Trump assailed Sessions in a tweet as “very weak” and said he was “very disappointed” with his attorney general in a Wall Street Journal interview.

Republican lawmakers rallied to the defense of Sessions, a former U.S. senator from Alabama, and Trump has not mentioned him in tweets in recent days.

Coronavirus-weary Australia hails prospect of Brisbane Olympics
IN FOCUS: After grappling with COVID-19 for more than a year, is Malaysia finally turning the corner?
Facebook takes down main page of Myanmar military
1 community case among 10 new COVID-19 infections in Singapore
Employment agency fined, to lose licence for various lapses