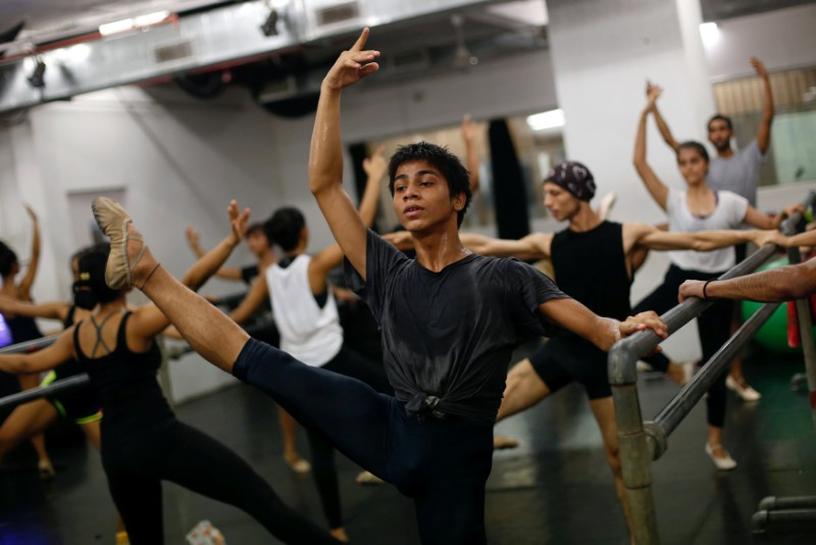 MUMBAI Amiruddin Shah has been described as India’s “Billy Elliot” — a young lover of dance who rises from humble beginnings to great things on the ballet stage.

It is strangely appropriate. Shah, the 16-year-old son of a metal welder, dared to give up his studies a few years back to chase his ballet dreams.

He has now received an invitation from the American Ballet Theatre’s Jacqueline Kennedy Onassis School in New York City for a four-year course.

And all because of a video clip.

Some months ago, Yehuda Maor, Shah’s instructor at the Danceworx Performing Arts Academy in Mumbai, sent the artistic director of the school a clip of Shah dancing.

The director, Cynthia Harvey, jumped at the idea, insisting Shah turn down a rival offer from the Royal Ballet School in London and attend her school’s pre-professional program.

In Maor’s estimation, Shah, the youngest of five siblings, is an unusually rare talent.

“I don’t believe in reincarnation, but if I did he is Rudolf Nureyev,” Maor said, referring to the ballet great once described as juggling “his weight on his feet the way magicians juggle objects with their hands”.

Not long ago, Shah was in a different kind of school, one run by the Mumbai municipality. He studied up to the 10th grade, but said he “wasn’t interested in school anymore”.

Enter Maor, who signed up on Twitter and has since tweeted eight times asking for financial assistance for Shah and another gifted dancer.

The appeals have brought — among other things — a scrum of reporters and photographers to the dance studio, a development that annoys Maor.

“We’re trying to work here,” he told two reporters before turning them away and as New York-bound Shah watched a news clip of himself twirling on a rooftop.