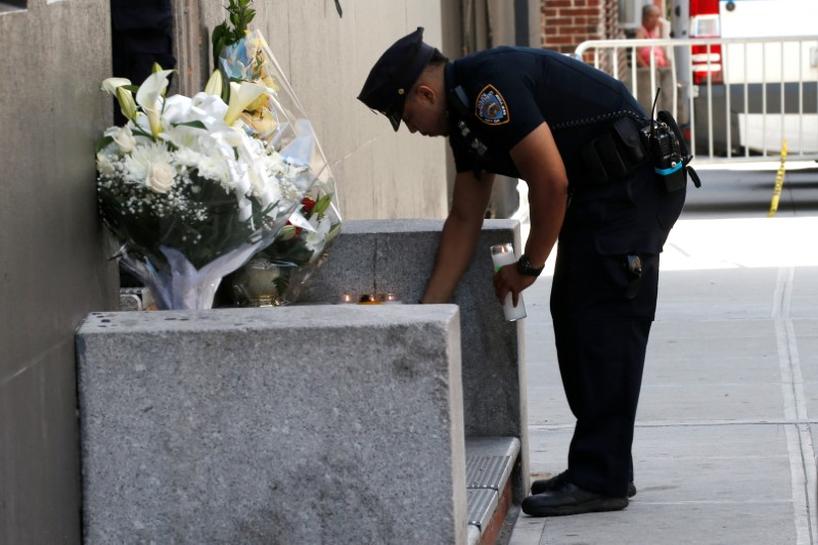 NEW YORK A gunman fatally shot a female New York City police officer in an unprovoked attack early on Wednesday in the city’s Bronx borough, then was himself shot dead by police as he ran from the scene, authorities said.

The officer, Miosotis Familia, 48, a 12-year veteran of the force, was shot as she sat in a mobile command truck with her partner at about 12:30 a.m. EDT (0430 GMT), the New York Police Department said.

The suspect fired through the vehicle’s window, hitting Familia in the head, police said.

“It is clear that this was an unprovoked attack on police officers who were assigned to keep the people of this great city safe,” Police Commissioner James O’Neill told a news conference outside Saint Barnabas Hospital, where Familia was later pronounced dead.

“She was on duty serving this city, protecting people, doing what she believed in, and doing the job she loved,” Mayor Bill de Blasio said at the news conference.

The suspect, Alexander Bonds, 34, of the Bronx borough, was on parole for robbery in Syracuse, New York, according to a police source.

The mobile command unit has been located since March in the area because of a rash of gang-related shootings, O’Neill said.

Police officers lined the street outside the hospital and saluted as an ambulance drove her body to New York’s Office of Chief Medical Examiner, police said.

Officers chased the assailant on foot for a block before he drew a revolver and they shot and killed him, police said.

A bystander was also shot and was in stable condition, police said.

Pat Lynch, president of the Patrolmen’s Benevolent Association, urged the public to assist. “We need your help to watch our backs as we watch yours,” he said at the news conference.

A total of 24 U.S. law enforcement officers have been killed by gunfire so far this year, a 20 percent increase from the same period in 2016.

Familia is the eighth New York City police officer shot and killed in the line of duty over the last five years.

Her shooting was a chilling reminder of the December 2014 ambush of two New York City police officers who were slain as they sat in a patrol car in Brooklyn by a man who traveled to the city from Baltimore after pledging to kill officers.

The deaths of the two officers stoked tensions between City Hall, the police department and reform-minded protesters who had voted de Blasio into office, turning out in large numbers.

In 2014, 126 law enforcement officers died in the line of duty in the United States.