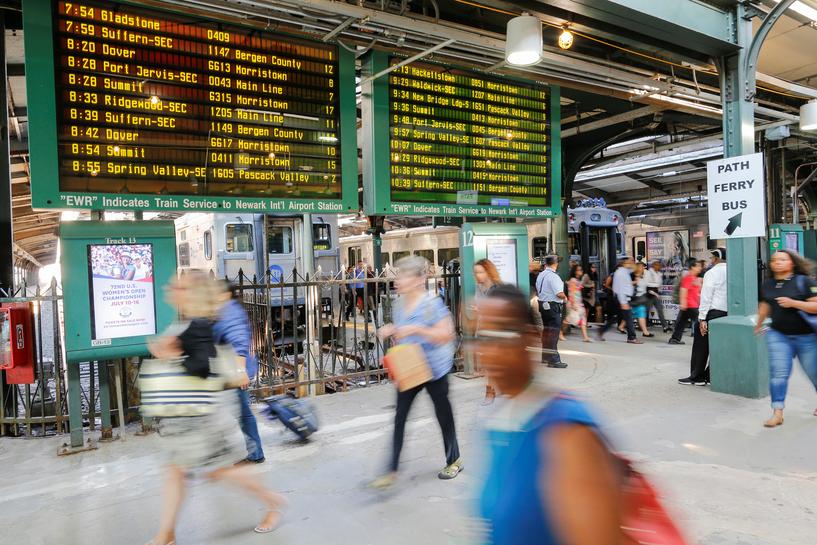 NEW YORK Commuters, including tourists and financiers, had their first taste of the “summer of hell” on Monday, facing extended delays as repair work began on railway lines into New York City’s Pennsylvania Station, the busiest passenger train hub for the business capital of the United States.

It was New York Governor Andrew Cuomo who predicted a nightmarish travel season during the partial shutdown that begins Monday and continues through Sept. 1.

The disruptions will hurt the city’s economy, with Manhattan employers expected to lose about $14.5 million for each hour that commuters from New Jersey and Long Island are delayed, according to an estimate by the Partnership for New York City.

Train service reductions and schedule changes will force travelers from New Jersey and Long Island to find alternative routes into the city, including buses, ferries and cars.

At the Maplewood train station in New Jersey, the state’s former Governor Richard Codey, 70, a senator, offered donuts and coffee to commuters to ease anxieties.

“People have had a good attitude. Sort of ‘It is what it is. We have to survive,'” Codey said. “A lot of our region’s economy is dependent on commuters.”

Mindy Zelen, a psychologist who expected at least 30 minutes of extra commuting time to and from Penn Station, said the offer of coffee was “sweet but it doesn’t make up for the mess we’re facing.”

Asked if her clients were anxious about the travel disruptions, she said, “We’re all living in the United States of Anxiety.”

All have canceled some routes or services into Penn Station, rerouted others, and warned commuters to expect delays on remaining trains until all tracks are up and running again. The terminal serves 600,000 riders a day.

Some commuters said the railway tracks have been deteriorating for years, and blamed politicians and railroad administrators for failing to maintain them.

Brendan Delany, who commutes two hours each way from New Jersey to New York, directed his ire at Amtrak, which owns and operates Penn Station.

“This is negligence on their part. They just didn’t bother to keep up their end of the bargain and keep this place in repair,” Delany said. “There’s been plenty of advance notice but it still doesn’t diminish the anger and frustration that people have felt here.”

Delays at Penn Station have become routine after a series of derailments, highlighting the urgency of the track repairs. The most recent incident occurred late Thursday, when 180 people had to be rescued from an NJ Transit train that derailed as it emerged on the New York side of a tunnel under the Hudson River.

The appalling commuting conditions have stoked criticism of New Jersey Governor Chris Christie for canceling a new Hudson River rail tunnel project soon after taking office in 2010, saying the cost to his state was too high.

Cuomo, touted as a potential Democratic challenger to President Donald Trump in 2020, has also come under pressure to fix New York’s problem-plagued subways. As governor, he controls the Metropolitan Transportation Authority, which runs the subway system as well as LIRR and Metro-North, a commuter rail line serving the city’s northern suburbs that uses the Grand Central Terminal.

Still, the New York governor has no direct oversight over repairs at Penn Station.