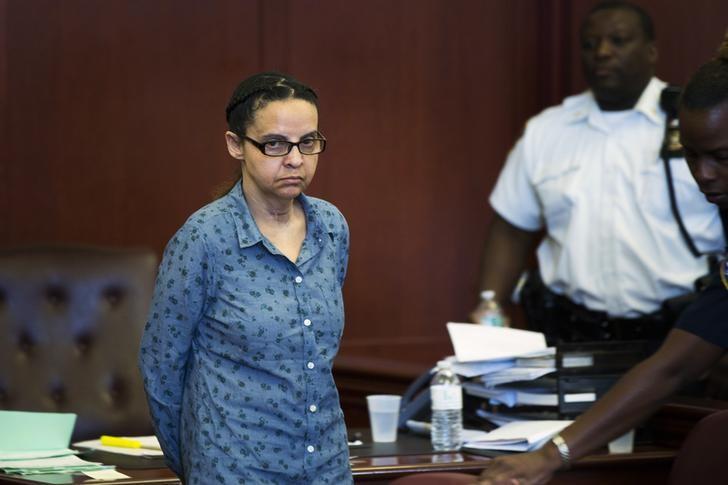 NEW YORK (Reuters) – A New York nanny accused of stabbing to death two children in her care heads to a Manhattan courtroom on Thursday for opening statements in her trial for the 2012 killing.

Yoselyn Ortega, 55, is accused of slaying Lucia Krim, 6, nicknamed Lulu, and her brother Leo, 2, whose bloody bodies were found in a bathtub of the family’s Manhattan luxury apartment.

Ortega was the family nanny hired by Kevin Krim, a former senior vice president of CNBC Digital who is now chief executive of a media analytics company, and his wife, Marina, two years before the October 2012 killings.

Ortega is charged with two counts of first-degree murder. Her lawyer, Valerie Van Leer-Greenberg, has been building a plea of not guilty by reason of insanity for the jury trial, which is expected to last at least three months.

The killings, which grabbed headlines as “A Family’s Worst Nightmare,” were discovered when Marina Krim returned to the family’s Upper West Side apartment to find her children’s gashed bodies in the tub.

Ortega, who was standing over them plunging a knife into her own neck, was rushed to the hospital.

Yoselyn Ortega (L), nanny who is accused of killing Lucia and Leo Krim, ages 6 and 2 respectively, arrives for a hearing for her trial at Manhattan Supreme Court in New York, July 8, 2013. REUTERS/Lucas Jackson

Krim had returned home with the children’s then 3-year-old sister, Nessie, after Ortega failed to appear with the other children at Nessie’s swimming lesson.

In the years since the slayings, the Krim family welcomed two more children, Felix, who was born in October 2013, and Linus, born in January 2016.

The family also started the Lulu & Leo Fund, a non-profit that raises money for education and enrichment programs to help children and adults “build resilience, creative confidence and social and emotional skills,” Marina Krim said in a video posted on the fund’s website page.

“This trial will be very hard for us,” Kevin Krim said on the video, in which is Linus seen darting around in the background, Felix speaks and Nessie plays piano.

“We’re going to focus on the positive and the goodness that has come out of all of this,” Marina Krim said.

“In the face of destructive things like violence, anger and fear, creativity is a positive act of defiance,” her husband added.