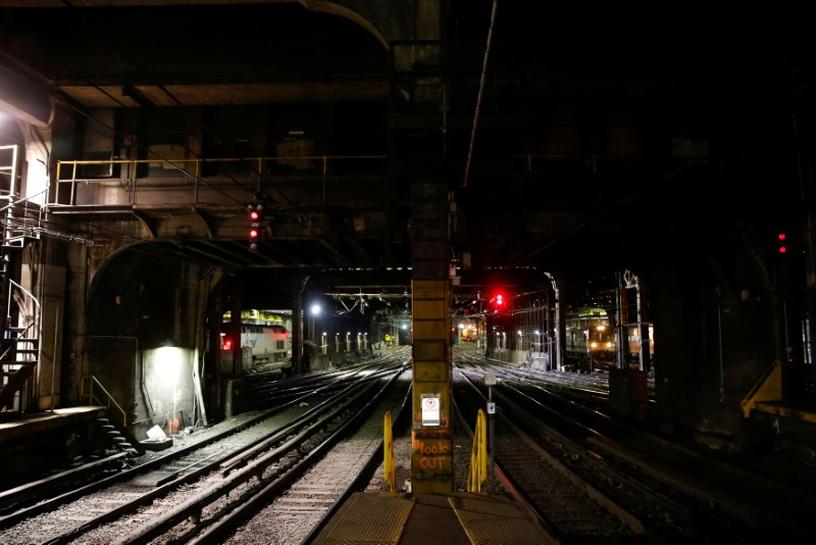 NEW YORK New York City’s suburban commuters are bracing for the start next week of what has been called the “summer of hell” as the United States’ busiest train hub partly shuts down for extensive track repairs.

The work at Pennsylvania Station is due to begin Monday and run through Sept. 1, leaving the roughly 600,000 commuters who arrive there each morning from New Jersey and Long Island scrambling for alternate ways into the city.

Ferry operators, bus services and even parking lots are looking to capitalize on the disruption, which New York Governor Andrew Cuomo said will likely mean a “summer of hell” for those who rely on the New Jersey Transit and Long Island Rail Road (LIRR) systems that will be disrupted as Amtrak undertakes $40 million in track repairs.

“This is going to be a tough couple of months,” said Ronnie Hakim, interim executive director for the Metropolitan Transportation Authority, which operates the LIRR, the Metro-North Railroad and New York City subways and buses.

Hakim advised commuters to travel outside of peak periods if possible, spread out along platforms to avoid overcrowding and purchase tickets further ahead of time.

“Consider trying to do things a little differently,” she said.

One option that officials are warning commuters against is trying to drive into the already congested city, even as parking lots near the midtown transit hub urge riders in billboards and advertisements to do just that.

“Anyone who works in the city understands the gridlock that characterizes downtown and midtown Manhattan during business hours. It’s why they chose mass transit to begin with,” said New Jersey state Assemblyman John Wisniewski, who chairs the chamber’s transportation committee.

Wisniewski urged riders to consider ferries and buses as alternatives, with 97,000 cars per day already crossing from New Jersey to New York City, according to city data.

The delays will take a toll on the city’s economy, with Manhattan employers expected to lose an estimated $14.5 million for every hour that train commuters from New Jersey and Long Island are delayed, according to an estimate by the Partnership for New York City, a nonprofit business-advocacy group.

Some regular train riders are trying to find silver linings to the change in routine. Among them are commuters taking New Jersey Transit up on its offer to honor some train tickets on ferries that carry travelers across the Hudson River, a journey that normally costs $9 each way.

“Riding the ferry is definitely way less stressful than having to run into a tunnel and hope the train gets you there,” Tim Dedman, 43, of West Orange, New Jersey, an information technology manager who works in lower Manhattan. “The view is great. All these gleaming towers rising out of the fog.”

Others are using the transit trauma to nurture a creative streak.

“Who knew my disgust, Could be expressed artfully? Now get me to Penn,” wrote Joey Neri, an advertising copywriter, in a haiku posted on the Facebook group NJ Transit Riders Revolt.

Neri, 30, said in an email that he moved to Edison, New Jersey, because of the direct train service to Penn Station just months before the repairs were announced. He said he had not written a haiku since high school but now so regularly posts 17-syllable poems that he has picked up the nickname “the Bard of Penn Station.”

His planned Monday missive? “It is July tenth, The Summer of Hell begins, Good luck commuters.”