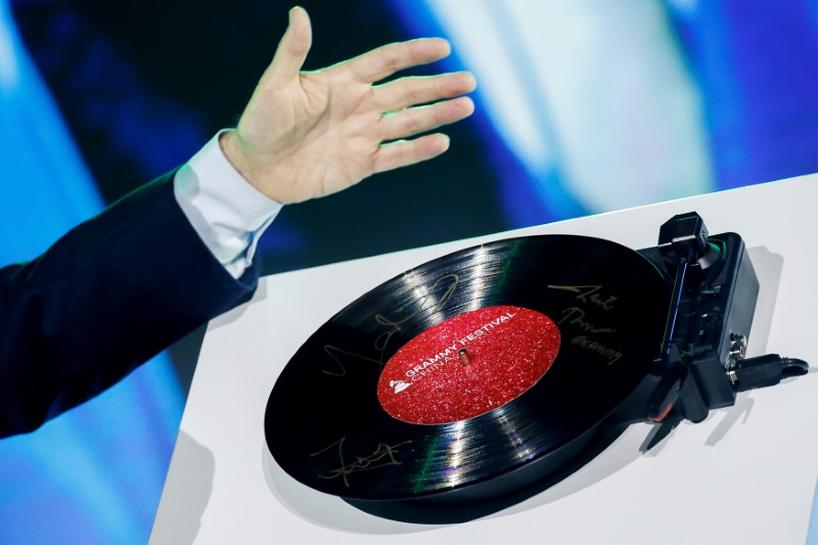 BEIJING (Reuters) – The Grammys is looking to break into China, but it will have to do so without the help of some of its top stars – Justin Bieber and Lady Gaga among others – after it pledged to bring only well-behaved artists to meet Chinese censors’ demands.

China’s huge consumer base is a magnet for Hollywood studios to theme park operators, but entry in the market comes with strings attached. The country has long censored imported film and music and is now clamping down hard on audiovisual content online.

The Recording Academy, which runs The Grammys, pledged on Thursday in Beijing to respect China’s media curbs as it plans to launch a tour in China in 2018 featuring its award-winning artists, or nominees, performing live shows.

Lady Gaga has six Grammy Award wins. Bieber, a Grammy winner nominated seven times, apologized to fans on Thursday after he abruptly canceled the rest of his world tour and accidentally hit a photographer with his truck.

A record signed by representatives of the Recording Academy, Bravo Entertainment and China Music Vision spins on a player during a ceremony in Beijing marking a Chinese partnership to create the Grammy Festival China, August 3, 2017.Thomas Peter

“If there are restrictions and things in that nature, we have to be respectful,” Neil Portnow, president and chief executive of The Recording Academy, told Reuters in Beijing.

China has launched a campaign to cleanse the entertainment sector of content it deems inappropriate and unhealthy, a vague term the authorities frequently use to justify censorship of politically sensitive topics.

“We will promote artists with a positive and healthy image,” said Steven Fock, chief executive of music events organizer Bravo Entertainment, one of The Recording Academy’s partners for the live show tour along with China Music Vision.

At a time of slowing domestic growth, Chinese audiences have become increasingly important to the U.S. entertainment industry. A livestream in China last year of the Grammy Awards drew nearly 11 million viewers.

In contrast, Grammy viewership dipped slightly for the latest show in February, from nearly 25 million last year in the United States. In January, The Recording Academy said it would build its first overseas Grammy Museum in China.

Portnow added he hoped curbs on some artists would be lifted eventually, and vowed to push China to clamp down on piracy after making progress in intellectual property protection.