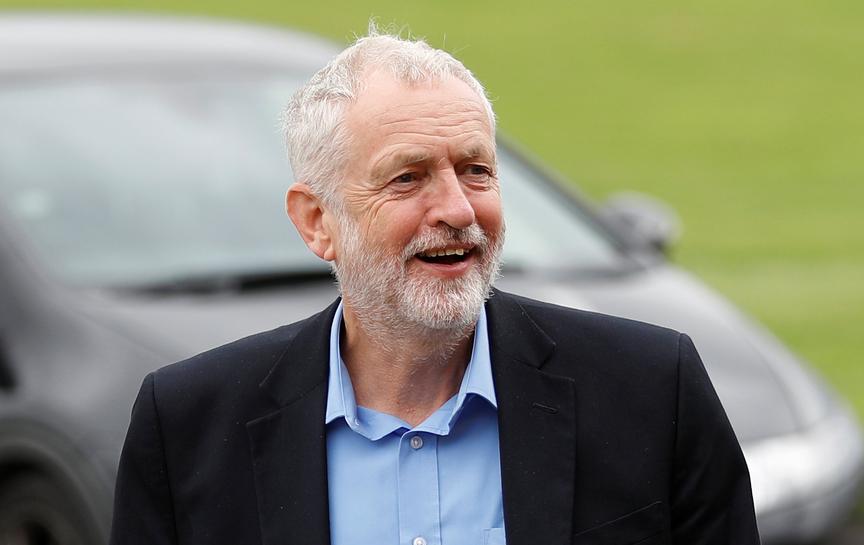 Long written off by opponents and many members of his Labour Party as an old-fashioned socialist incapable of winning power, Corbyn has been galvanized by the June election, in which Labour made gains and May’s Conservatives lost their majority.

With May’s authority severely dented and the Conservatives struggling to unite over Brexit, he has ordered his party to hit the campaign trail as other parties spend the summer regrouping.

There is no sign yet that Corbyn will get the early election he is betting on. But business leaders who once wrote him off now take his challenge seriously and former Prime Minister Tony Blair, a big critic, says Corbyn could one day lead Britain.

“This government thinks it is there for some time to come,” Corbyn, 68, told hundreds of people at a rally this month in Pool, a village outside Redruth, a former mining town in a deprived area of southwestern England.

“I’ve got news for them: we are touring the whole country this summer,” he said at the site of a former mine.

Seeking a head-start if there is a new election, Labour has identified 100 constituencies in England, Scotland and Wales which it believes it can win from the Conservatives, including seats held by lawmakers such as Foreign Secretary Boris Johnson.

Corbyn, who plans to visit about 50 of the target areas himself, has been wooing the crowds by attacking the Conservatives over cutbacks in public services and denouncing a political system which he says favours the rich.

“It’s the largest campaign Labour has ever embarked upon outside of a general election in the modern era,” said Ian Lavery, Party Chair and National Campaign co-coordinator.

“We want to build on the campaigning momentum from the general election to build support in marginal constituencies to take us into government.”

To be sure, the next election is not due until 2022, and the Conservatives will do all they can to ensure they do not gift Corbyn a chance to win power.

The most likely cause of a new election would be the government being torn apart by divisions over Brexit or the Conservatives deposing May, who has to rely on a small Northern Irish party to ensure she can pass legislation.

Senior Conservatives appear at least for now to have put off any attempt to replace May because it would risk triggering an election, and are trying to rally together over Brexit.

A survey by YouGov polling group in July showed 33 percent of respondents thought Corbyn would make the best prime minister, compared to only 14 percent in January. May’s own rating fell from 47 percent to 36 percent in the same period.

Momentum, a grassroots campaigning organisation made up of Corbyn supporters, has led the rallying cry, training activists to go door-to-door to “change minds” and using social media to boost support for the white-haired leader.

Labour managed in June not only to bring out young voters, many of them taking revenge on May over her Brexit policies, but also won back some left-wing voters who abandoned the party when it moved closer to the centre under the pro-business Blair.

“This is the rebirth of left-wing politics in Britain. It’s marvellous,” Dawn Evans, 62, who founded the local Momentum group, said at the rally outside Redruth.

Others, young and old alike, simply see Corbyn as more sincere than other politicians.

“His personality has got a lot to do with it. Because he’s got a very good, open way of explaining his policies and I also think he actually sees what people want, what the country is looking for,” Chris Hunter, 59, said at the same rally.

In a sign that the City, London’s financial hub, is now taking Corbyn’s leadership credentials more seriously, top finance executives — including from Standard Chartered and the London Stock Exchange — have held meetings with Labour in the past few weeks to find out more about its policies.

Until recently, bankers had largely ignored the party since Corbyn took over as its leader in 2015.

Some bankers are alarmed by Labour policies and Corbyn has many other critics — he survived a leadership challenge inside Labour only a year ago.

The Conservatives’ setbacks in June also showed it is not always easy turning a big opinion poll lead into votes. In an election, Corbyn would have to address many voters’ doubts that he could run the economy, would be tough on security and could guide Britain safely through Brexit.

Brexit divides Labour, as it does the Conservatives, and features little in Corbyn’s campaign speeches. Voters’ uncertainty over his Brexit stance could also be a problem for him: he voted against joining Europe in a 1975 referendum but campaigned to Remain in 2016, though he was accused by some Labour members of making only a token effort to sway voters.

Blair has said that a combination of Brexit and a Corbyn government would leave Britain “flat on our back” though he told the BBC after the June election that it was now possible Corbyn could be elected prime minister on a left-wing platform.

(This version of the story fixes typo in fifth paragraph)