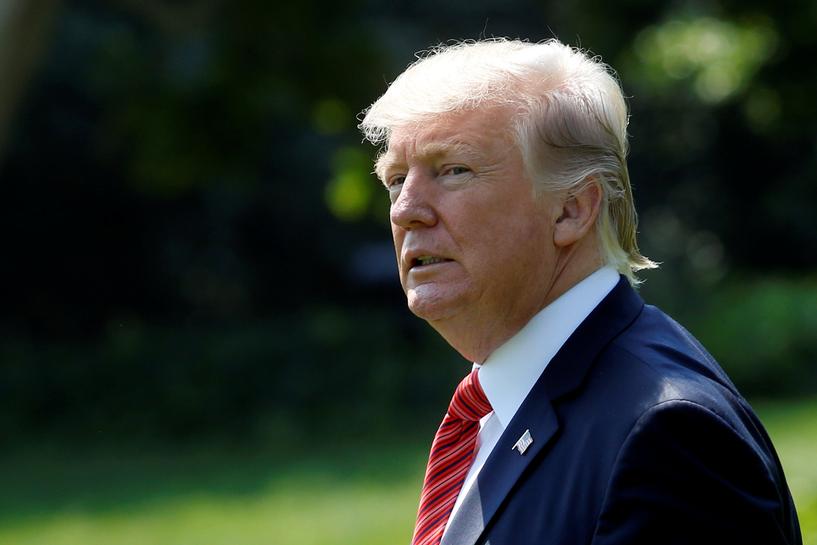 (Reuters) – U.S. President Donald Trump would be required to notify U.S. lawmakers before creating a joint U.S.-Russia cyber security unit – an idea that has drawn criticism across the political spectrum – under legislation advancing in Congress.

The proposal, if it became law, would be the latest in a series of maneuvers by Congress that either limit the president’s authority on Russia matters or rebuke his desire to warm relations with Moscow.

A provision contained within the annual Intelligence Authorization Act and passed by the U.S. Senate Intelligence Committee 14-1 would require the Trump administration to provide Congress with a report describing what intelligence would be shared with Russia, any counterintelligence concerns and how those concerns would be addressed.

The bill, which grants congressional approval for clandestine operations carried out by the CIA and other U.S. intelligence agencies, passed the Senate Intelligence Committee in July, but its text was only recently made public because it involves sensitive intelligence operations.

Trump last month said on Twitter that he and Russian President Vladimir Putin had discussed establishing “an impenetrable Cyber Security unit” to address issues like the risk of cyber meddling in elections.

Trump quickly backpedaled on the idea, which was criticized by Democrats, senior Republicans and the National Security Agency director.

The White House and Senator Richard Burr, the Republican chairman of the intelligence panel, were not immediately available for comment on the bill.

Trump wants to improve relations with Russia, a desire that has been hamstrung by the conclusions of U.S. intelligence agencies that Russia interfered in the 2016 presidential election to help Republican Trump against Democrat Hillary Clinton.

U.S. congressional panels and a special counsel are investigating the interference and possible collusion between Russia and members of Trump’s campaign. Moscow has denied any meddling and Trump has denied any collusion.

Previously, Congress tied the president’s hands on Russia by passing a bill that Trump cannot ease the sanctions against Russia unless he seeks congressional approval.

In August, the Senate blocked Trump from being able to make recess appointments while lawmakers were on break, fearing the president would fire Attorney General Jeff Sessions over his handling of the Russian probe.

Lawmakers have also introduced legislation to stop Trump from having the ability to fire Robert Mueller, the special counsel appointed to determine whether there was collusion between Trump’s 2016 presidential campaign and Moscow.

The annual Intelligence Authorization Act requires approval by the full Senate and House and the president’s signature before it can become law. No vote has been scheduled and the last act was passed by Congress in March.

The legislation’s provision requiring notification of any U.S.-Russia cybersecurity unit was pushed by Democratic Senator Ron Wyden, his office said on Tuesday.

Wyden also helped secure provisions in the bill that call for an intelligence report assessing the threat posed to the United States by Russian money laundering and another report examining whether cyber vulnerabilities in U.S. cell networks, including a known bug in the global mobile network Signaling System No. 7, or SS7, are being exploited by foreign governments to conduct surveillance on Americans.

Wyden was the lone committee vote against the bill, however.

He said in a statement on Tuesday that he objected to language that identified the anti-secrecy group WikiLeaks as a “non-state hostile intelligence service” because doing so could have implications for journalists.