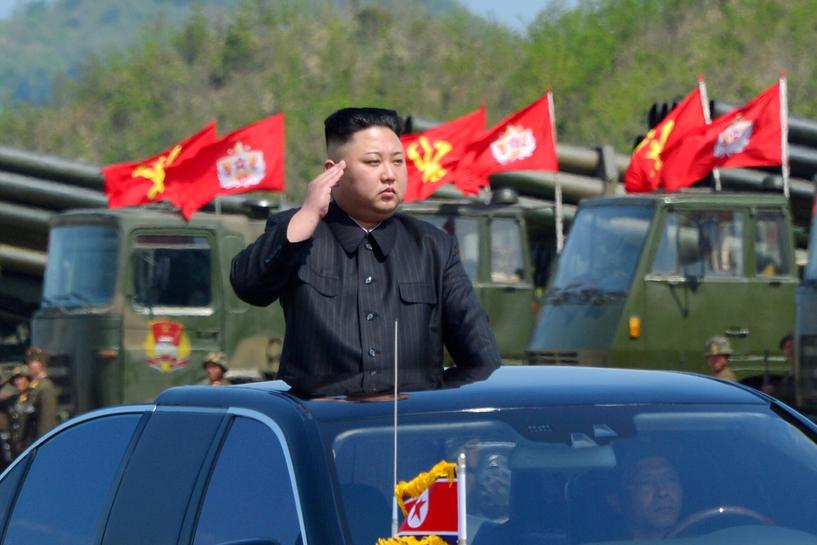 SEOUL North Korea “fully rejects” the latest U.N sanctions against its citizens and entities as a “hostile act” and will continue its nuclear weapons development without a delay, its foreign ministry spokesman said on Sunday.

The U.N. Security Council on Friday expanded targeted sanctions against North Korea after its repeated missile tests, adopting the first such resolution agreed by the United States and Pyongyang’s only major ally China since U.S. President Donald Trump took office.

The sanctions resolution “is a crafty hostile act with the purpose of putting a curb on the DPRK’s buildup of nuclear forces, disarming it and causing economic suffocation to it,” the foreign ministry spokesman said in a statement carried by its official KCNA news agency. DPRK is short for Democratic People’s Republic of Korea, the North’s official name.

“Whatever sanctions and pressure may follow, we will not flinch from the road to build up nuclear forces which was chosen to defend the sovereignty of the country and the rights to national existence and will move forward towards the final victory,” the spokesman said.

North Korea has rejected all U.N. Security Council resolutions dating back to 2006 when it conducted its first nuclear test, saying such moves directly infringe its sovereign right to self-defense.

The United States has struggled to slow North Korea’s nuclear and missile programs, which have become a security priority given Pyongyang’s vow to develop a nuclear-tipped missile capable of hitting the U.S. mainland.

The Trump administration has been pressing China aggressively to rein in its reclusive neighbor, warning that all options are on the table if Pyongyang persists with its nuclear and missile development.

North Korea blamed the United States and China for “railroading and enforcing” the sanctions resolution at the U.N. Security Council “after having drafted it in the backroom at their own pleasure.”

“It is a fatal miscalculation if the countries … would even think that they can delay or hold in check the eye-opening development of the (North’s) nuclear forces even for a moment,” the spokesman said.

Adding names to the U.N. blacklist mean a global travel ban and asset freeze, making the listings more symbolic given the isolated nature of official North Korean entities and the sophisticated network of front companies used by Pyongyang to evade current sanctions.

The U.N. Security Council first imposed sanctions on Pyongyang in 2006 over its ballistic missile and nuclear programs and has ratcheted up the measures in response to five nuclear tests and two long-range missile launches. North Korea is threatening a sixth nuclear test.