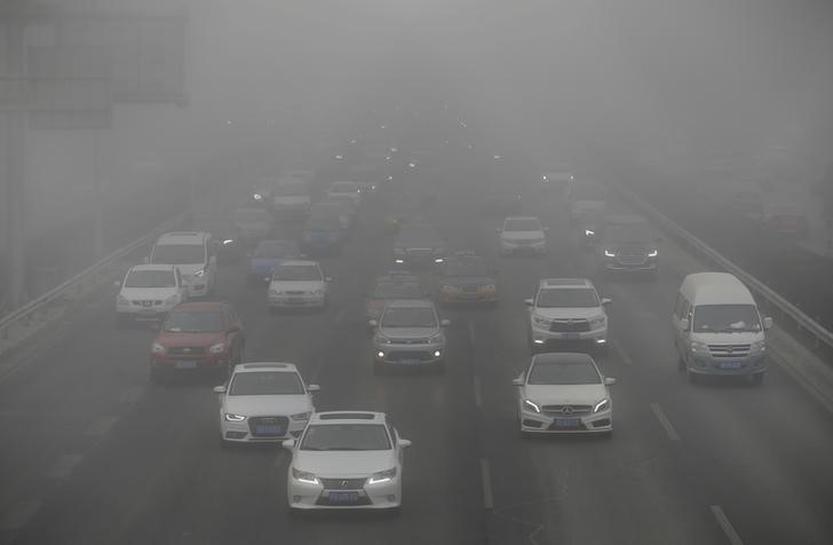 SHANGHAI (Reuters) – Air quality worsened in China’s northern region of Beijing-Tianjin-Hebei in the first seven months of this year, piling pressure on authorities to crack down on firms in their efforts to meet politically crucial 2017 pollution targets.

The region’s 13 cities racked up an increase of 11.3 percent in concentrations of hazardous breathable particles known as PM2.5 over the period, with average readings of 69 micrograms per cubic meter, environment ministry data showed on Wednesday.

The capital, Beijing, which has promised “extraordinary” efforts against smog this year, saw average PM2.5 concentrations reach 64 micrograms over the period, down 1.5 percent on the year, but the amount of larger PM10 particles rose 13.6 percent.

Overall PM2.5 levels throughout China hit an average of 45 micrograms in the first seven months, the same as last year. China’s official standard is 35 micrograms, higher than the level of 10 micrograms the World Health Organization recommends.

The Beijing-Tianjin-Hebei region has pledged to cut PM2.5 levels by more than quarter over the 2012-2017 period. Beijing is also under pressure to cut average concentrations to less than 60 micrograms for the whole of 2017.

Regional air quality has been improving in recent months, but pollution near record levels in January and February drove the increase in the seven-month average, after thick smog spurred “red alert” warnings by dozens of cities and adoption of emergency measures to thin traffic and industrial activity.

In April, China sent 5,600 inspectors on a year-long campaign to enforce environmental standards in 28 northern cities, in a move aimed at meeting the region’s air pollution targets and punish infringements of the rules.

The government has also promised to curb industrial activity across the region this winter, with some cities expected to slash steel production by half.