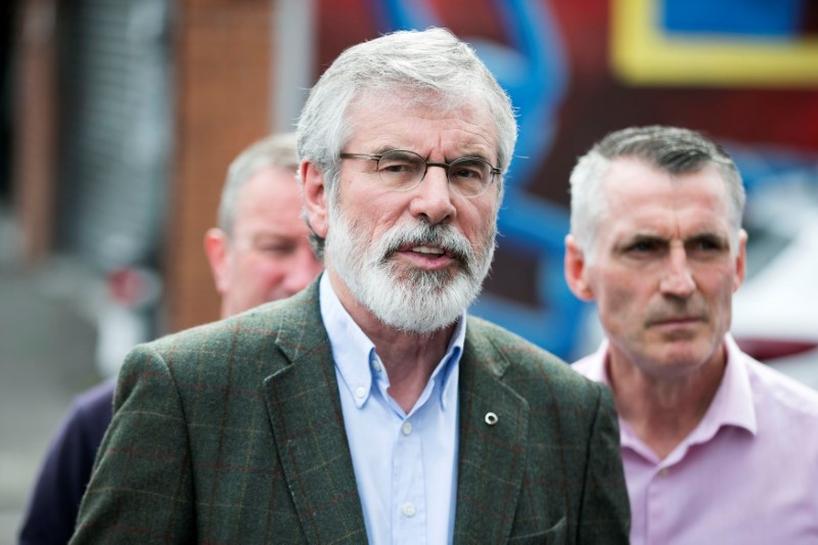 BELFAST Sinn Fein President Gerry Adams said on Saturday that Northern Ireland’s political parties were unlikely to reach a deal to restore the province’s power-sharing agreement in the next few days.

The region has been locked in a political crisis since January’s collapse of the coalition between pro-British unionists and Irish nationalists mandated under a 1998 peace deal that ended three decades of sectarian violence.

The British government last week said last week it would give the parties a few more days to agree a way to restore the executive after the latest deadline passed without a deal. Britain’s minister for Northern Ireland, James Brokenshire, is due to update parliament on Monday.

“I think it is very unlikely that there will be an agreement by Monday,” Adams said in a statement.

If power-sharing is not restored, Northern Ireland risks reverting to direct rule from London for the first time in a decade, a step backwards in the delicate balance between mainly Catholic Irish nationalists seeking union with Ireland and predominantly Protestant unionists who want to stay in the United Kingdom.

Adams said a deal was still possible but there had been no sense of urgency around getting an agreement with the pro-British Democratic Unionist Party (DUP), now a key ally of British Prime Minister Theresa May’s minority government.

He said no agreement had been reached on republican demands to give the Irish language legal status in the province, a bill of rights and marriage equality.

“The DUP are showing no urgency about dealing with the equality and rights issues,” said Adams, who joined thousands of people at a march in Belfast to demand Northern Ireland join the rest of the United Kingdom in legalising same-sex marriage.

The social policies of the DUP have been put in the spotlight by its deal this week for its 10 members of parliament to support May’s government, which failed to secure a majority in a snap election.