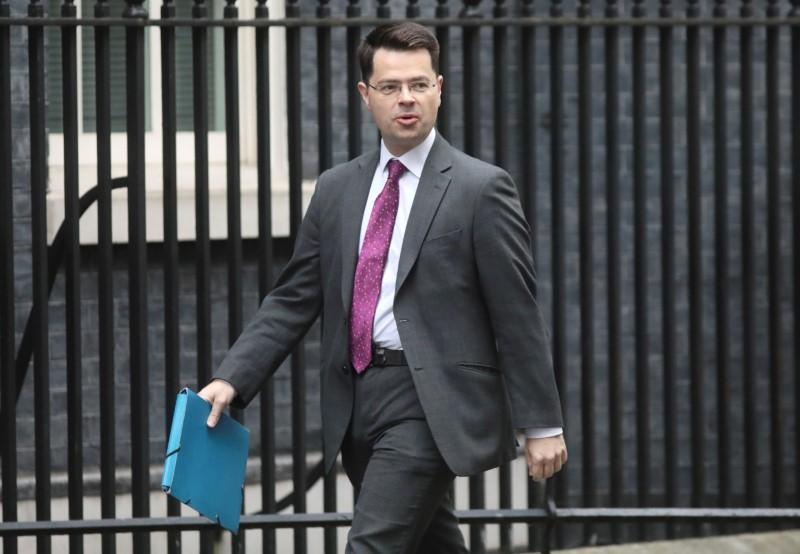 BELFAST (Reuters) – Britain’s Northern Ireland minister James Brokenshire has resigned because of ill-health, his spokesman said on Monday, in the latest hitch in efforts to resolve a political crisis in the British province.

The resignation, announced ahead of a planned cabinet reshuffle by Prime Minister Theresa May, could complicate efforts to restart talks in the coming weeks to avoid a return to direct rule from London for the first time in a decade.

Brokenshire, who had been responsible for Northern Ireland since July 2016, is to step down ahead of major surgery following the discovery of a small lesion on his right lung.

In a letter to May, Brokenshire said he would not be able to give the “complete focus” required to resolve the crisis.

The province has been without a regional government for almost a year, destabilising the delicate balance between Irish nationalists and pro-British unionists that has been shaken by Britain’s vote to leave the European Union.

In November, Brokenshire was forced to begin setting a budget for the province, but he said a return to direct rule could still be avoided.

Talks between Irish nationalists Sinn Fein and the pro-British Democratic Unionist Party had been expected to restart in the coming weeks.

Brokenshire was criticised for continually resetting deadlines in talks to restore the region’s power-sharing government.

Despite studious efforts by Brokenshire to be seen as an honest broker, some of the parties said a deal by the DUP last year to prop up May’s government made this impossible.

A move to direct rule could further strain relations with Ireland, which have deteriorated drastically in the past 12 months.