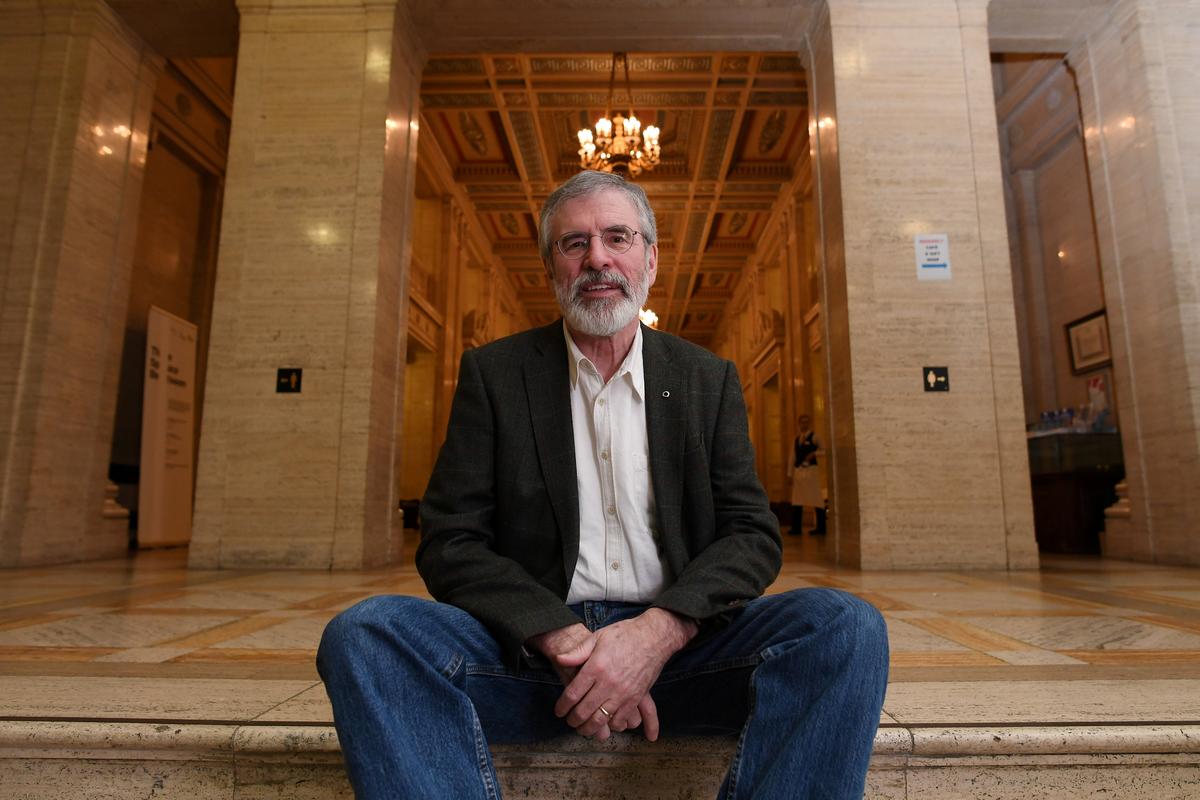 BELFAST (Reuters) – Northern Ireland’s two main parties reported on Friday that they had made progress in a last-ditch attempt to restore devolved government, with the Irish nationalist party Sinn Fein saying talks would conclude one way or another next week.

Northern Ireland has been without an executive and assembly for over a year since Sinn Fein withdrew from the power-sharing government, saying it was not being treated as an equal partner by the pro-British Democratic Unionist Party (DUP).

The two parties, representing mainly Catholic proponents of uniting with the rest of Ireland and mostly Protestant supporters of continued rule by Britain, have failed to meet a number of deadlines to reach agreement since then.

“We have had a very intensive week of discussions. Progress has been made. We have more work to do and our negotiating team will continue working next week,” DUP leader Arlene Foster said in a statement.

A Sinn Fein spokesman also said some differences had been overcome and that talks “should conclude next week”.

Before the latest round of talks, disagreement remained on a range of issues including same-sex marriage, which is illegal in Northern Ireland despite being legal in the rest of Britain and Ireland, rights for Irish-language speakers, and funding for inquests into deaths during decades of Protestant-Catholic sectarian violence before a 1998 peace deal.

The British government, which is overseeing the talks alongside the Irish government, has already had to take steps towards ruling the region directly from London for the first time in a decade, setting its budget late last year.

Many in the province fear that direct rule would further destabilise the delicate political balance between the two sides who, until last year, had run the province since 2007 under the terms of the 1998 Good Friday peace accord.

The absence of an executive has also limited the province’s say in Britain’s negotiations to leave the European Union, which are set to have a bigger impact on Northern Ireland than on any other part of the United Kingdom.

Friday’s talks were Gerry Adams’ last as Sinn Fein president as he prepares to step down on Saturday, having led the party since 1983.

“We’re not there yet,” Adams, who will be succeeded by Mary Lou McDonald, told the Irish national broadcaster RTE. “There are still obstacles and difficulties, and the fact that it’s taken so long shows how difficult it is.”

Aksu Internment Camp Was Former Hospital, Raising Fears Uyghur Detainees Are Used in Organ Trade
Airbus’ new campus in Seletar a ‘statement of confidence in Singapore’ amid COVID-19 pandemic
Commentary: It’s engagement not containment of China that Joe Biden will focus on
Commentary: How COVID-19 has forced employers to be more human – and rewards them in the process
Global tech giants threaten to leave Pakistan over new Internet rules on censorship