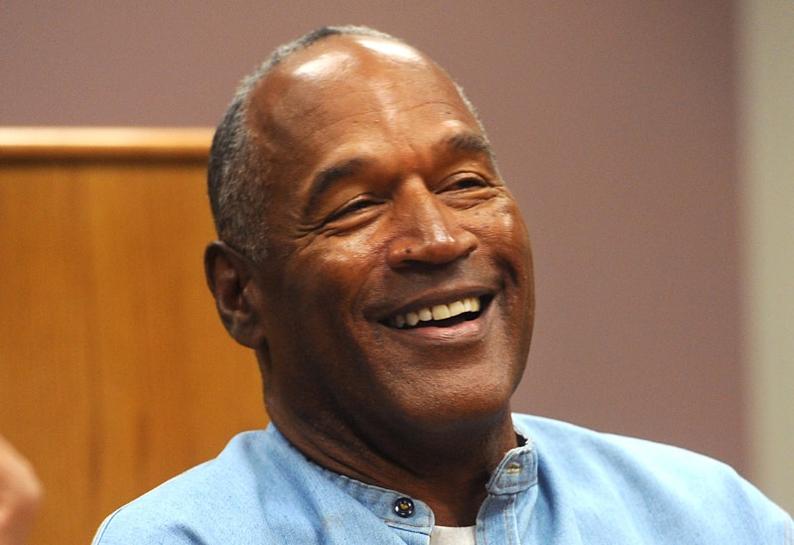 CARSON CITY, Nev. (Reuters) – O.J. Simpson was granted parole on Thursday and will be released from a Nevada prison in October, following an emotional hearing that centered on the botched armed robbery of his own mementos at a Las Vegas hotel that landed him behind bars for nine years.

A four-member panel of the Nevada Board of Parole Commissioners voted unanimously to release the 70-year-old former National Football League star turned TV pitchman and actor, now best remembered as the defendant in a sensational double-murder trial that gripped America two decades ago.

Simpson participated by video feed from Lovelock Correctional Center, about 100 miles (160 km) from the parole board’s offices in Carson City, sitting at a wooden table next to his attorney dressed in a prison-issue denim shirt and dark pants.

A smiling Simpson, with close-cropped gray hair and looking thinner than at his last parole hearing in 2013, testified along with his daughter and one of the victims in the 2007 heist. He offered a rambling account of the robbery, at times striking a defensive tone and at others sounding apologetic.

A board spokesman said that Nevada law does not require an expression of remorse as a criteria for winning parole, though he said it could be noted as a mitigating factor.

Simpson bowed his head and appeared to be in tears as the board voted unanimously to grant him parole, then stood and thanked the commissioners repeatedly, hands clasped.

“I’ve done my time, I’ve done it as well and respectfully as anyone can,” Simpson said during the hearing. “None of this would have happened if I’d had better judgment.”

Among reasons the commissioners gave for granting parole once Simpson completed the minimum of his nine-to-33-year sentence on Oct. 1 was his compliance with prison rules, a lack of prior criminal convictions and his minimal safety risk to the public.

“He Made a Mistake”

Despite previous murder charges against Simpson, commissioners did not challenge his assertion that he had spent a largely conflict-free life and had always been “pretty good to people.”

Simpson, known during his football career as the “Juice”, said he was ready to spend time with his children and friends and could handle the public attention he would get.

“I’m not a guy that has conflicts in the street, I don’t expect to have any when I leave here” he told the commissioners.

Simpson’s adult daughter, Arnelle, told the hearing that his incarceration had been hard on her family.

“No one really knows how much we have been through, this ordeal the last nine years,” she said. “He’s like my best friend and like my rock.”

Bruce Fromong, one of the sports memorabilia dealers Simpson was convicted of robbing, said he had long ago forgiven the man he called a close friend.

“This is a good man. He made mistake. But if he called me tomorrow and said, ‘Bruce I’m getting out, will you pick me up?’ Juice, I’ll be here tomorrow for you.”

The second robbery victim was Alfred Beardsley, who according to Simpson’s lawyer made amends with Simpson years before his death in 2015.

Simpson hopes to move to Florida, where he has friends and family, when he is released, a plan that must first be approved by probation authorities there.

“I could easily stay in Nevada, but I don’t think you guys want me here,” Simpson said to laughter during the hearing. The board’s chairwoman, Connie Bisbee, replied: “No comment.” The commissioners said they did not take into consideration the notoriety still surrounding Simpson’s 1995 acquittal from charges he murdered his ex-wife Nicole Brown Simpson and her friend Ronald Goldman and a civil court decision that found him liable for the deaths and ordered him to pay $33.5 million in damages.

Simpson will probably be transferred in the final weeks of his incarceration to one of two other Nevada prisons used to accommodate soon-to-be-released inmates because of their proximity to airports and other public transportation, Corrections Department Warden Isidro Baca said.