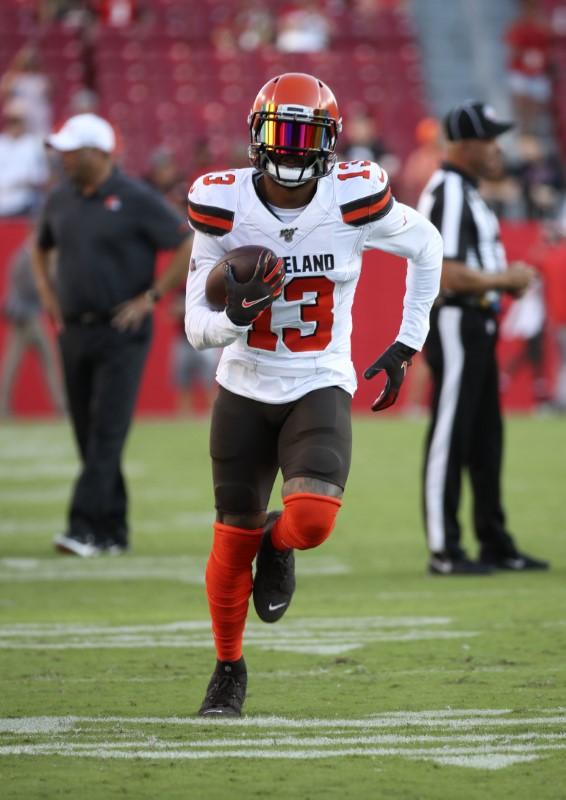 Beckham injured his ankle in a 2017 preseason game against the Browns, whose defense was coached by Williams. The receiver, then with the New York Giants, eventually broke the ankle and missed 12 games that year.

“I had players on this team telling me that’s what he was telling them to do: take me out of the game, and it’s preseason,” Beckham told reporters. “So you just know who he is. That’s the man who’s calling the plays.

“I had people who were here when he was here telling (them), ‘If you get a chance, take a shot at him. If you can hurt him, I guarantee he’s going to leave the game hurt,’ and stuff like that. It’s fine. It’s football in a sense. But we’re all men out there, so there’s no need for doing any of that kind of stuff.”

In the preseason game two years ago, Beckham sprained his ankle after being undercut by Browns cornerback Briean Boddy-Calhoun, who drove his shoulder and helmet into the star receiver’s left leg. The receiver said he tried to return from that injury too soon and ultimately broke his ankle, sidelining him for the season.

“If God hadn’t blessed me the way that I am, I probably would’ve blown out my knee in that preseason game. And that high ankle sprain led to the broken ankle on the left, which led to compensation in many different areas. It was kinda like a little spiral. So it’s something that I never forget. It changed my life forever.”

The men’s paths will cross Monday night when the Browns play the Jets in East Rutherford, N.J.

“Just gotta watch out for the cheap shots and the dirty hits and all of the things that he likes to teach,” Beckham said.

The NFL suspended Williams for one season for his role in the infamous “Bountygate” scandal in which the New Orleans Saints were found to have operated a bounty system from 2009-11 whereby players were paid bonuses for hard hits and deliberately injuring players. Williams was New Orleans’ defensive coordinator at the time.

Scores of Myanmar citizens waiting to enter India: Officials
Commentary: As Big Hit searches for the next big thing, are there too many K-pop groups?
Vaccine exporter India says it has plenty of shots for its own people
Man fined for bottling tap water from toilet to sell as mineral water
Myanmar forces make night raids after breaking up protests