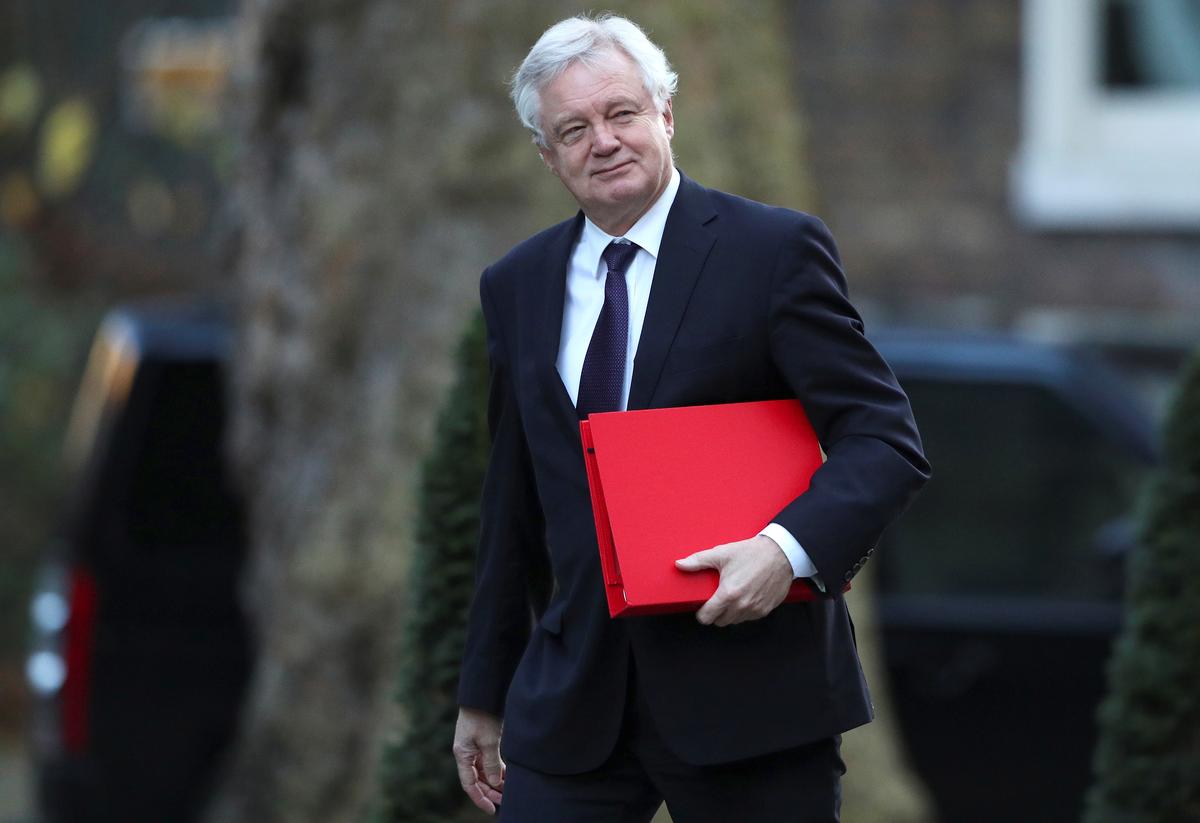 LONDON (Reuters) – Britain will only replicate the “effects” of the EU’s customs union during a transition to a future relationship when the government will sign its own trade deals for the first time in 40 years, Brexit minister David Davis will say on Friday.

In a speech aimed at Brexit campaigners who fear negotiators are being “cowed” by the European Union, Davis will say Britain can start negotiating, and even sign, trade deals during the transition phase, when little will change.

Prime Minister Theresa May is coming under increasing pressure from those who voted to leave the EU at a referendum in June 2016, with some fearing that the expected transition agreement could pave the way for Brexit in name only.

“Of course maintaining access to each other’s markets on current terms means we will replicate the effects of the EU customs union during the implementation period,” Davis will say in a speech in Middlesbrough, a town in northeastern England.

“But participating in a customs union should not preclude us from formally negotiating – or indeed signing – trade agreements,” he will say, while adding that any such deals could not be signed until the transition period has ended.

There is little distance between Britain and the EU to overcome to agree the transitional deal, which will give the two sides time to prepare for the far-ranging impact of the end of more than 40 years of union.

The EU set out its demands on Wednesday, and Davis is also expected to make Britain’s demands in the speech.

But the plan to change little of the current relationship after Britain formally leaves on March 29, 2019, has prompted concern among Brexit campaigners, who fear their mantra of “taking back control” is being sold out.

On Wednesday, a hardline Brexit lawmaker from May’s Conservative Party, Jacob Rees-Mogg, accused Davis of allowing Britain to become a “vassal state” to the EU by paying into the bloc and adhering to its laws during transition.

It is a taste of things to come for a weakened May, who has struggled to keep her divided party and cabinet team of ministers united over everything from transition, to the future relationship, to the so-called Brexit dividend – the funds that will be freed up when Britain stops paying into EU coffers.

But Davis will try to persuade them that the future relationship he is pressing for is well worth the wait.

“As an independent country, no longer a member of the European Union – the United Kingdom will once again have its own trading policy,” Davis will say.

“For the first time in more than 40 years, we will be able to step out and sign new trade deals with old friends, and new allies, around the globe.”