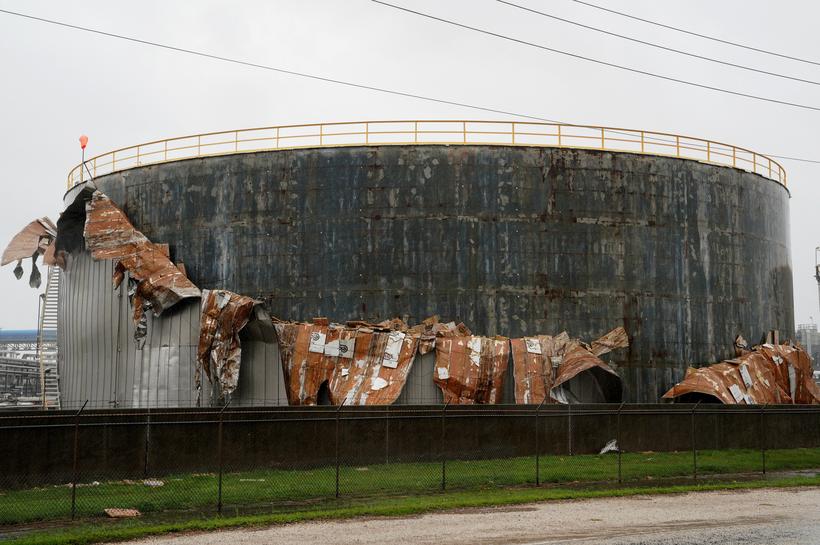 LONDON (Reuters) – Oil markets were roiled on Monday after Tropical Storm Harvey wreaked havoc along the U.S. Gulf Coast over the weekend, crippling Houston and its port, and knocking out several refineries as well as some crude production.

U.S. gasoline prices hit two-year highs as massive floods caused by the storm forced refineries in the area to close. In turn, U.S. crude futures fell as the refinery shutdowns could reduce demand for American crude.

Harvey is the most powerful hurricane to hit Texas in more than 50 years, killing at least two people, causing large-scale flooding, and forcing the closure of Houston port as well as several refineries.

The U.S. National Hurricane Center said Harvey was moving away from the coast but was expected to linger close to the shore through Tuesday. It said floods would spread from Texas eastward to Louisiana.

“If (U.S.) refineries shut down for more than a week, Asia will need to run at a higher level, because there’s no spare capacity in Europe.”

About 22 percent, or 379,000 bpd, of Gulf production was idled due to the storm as of Sunday afternoon, the U.S. Bureau of Safety and Environmental Enforcement said.

There might also be around 300,000 bpd of onshore U.S. production shut in, trading sources said.

The price moves pushed the WTI discount versus Brent to as much as $5.21 per barrel, the widest in two years.