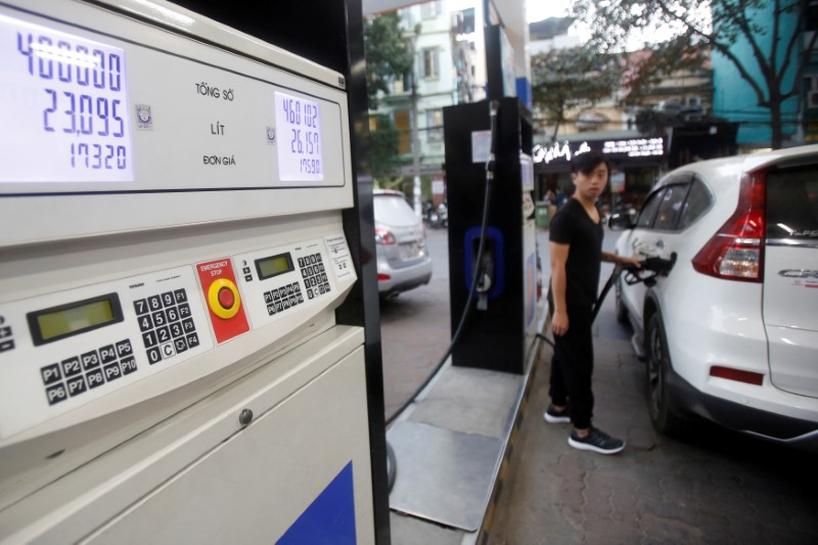 SINGAPORE (Reuters) – Oil prices inched up on Monday, supported by a slowdown in the growth of rigs looking for crude in the United States and because of strong refinery demand from China.

The climbing prices were a result of strong demand as well as signs that relentless growth in U.S. oil production was slowing.

“The slowing pace of increases combined with massive drawdowns last week on both official crude inventory numbers from the U.S. probably explains the positive sentiment in general at the moment,” said Jeffrey Halley of futures brokerage OANDA.

U.S. drillers added two oil rigs in the week to July 14, bringing the total to 765, Baker Hughes said on Friday.

While that is the highest level since April 2015, the rate of additions has slowed. New rigs over the past four weeks averaged five, the lowest since November 2016.

“Given the usual time lag between price signal and drilling decision, the coming month, which also features the E&P (exploration and production) earning season, will be key,” said Goldman Sachs.

Chinese refineries increased crude throughput in June to the second highest on record.

Throughput last month hit 46.08 million tonnes, or 11.21 million barrels per day (bpd), a 2.3-percent rise from a year ago and up from May’s 10.98 million bpd, data from the National Bureau of Statistics (NBS) showed on Monday.

The number was just short of December’s record high of 11.26 million bpd.

Some, however, cautioned against too much optimism.

“There are some encouraging signs that things are getting better for crude, last weeks healthy stock draws in the U.S. and the rig count slowly but surely not increasing at the rates they were earlier on in the year, but fundamentally we are still in an oversupplied market,” said Matt Stanley, fuel broker with Freight Investor Services (FIS).

Brent is at similar levels as its average price since 2015, Thomson Reuters Eikon data shows. Most price changes since 2015 have occurred in the first half, or towards the end, of a year. Overall, the second halves of every year since 2015 have seen relatively little price movement.