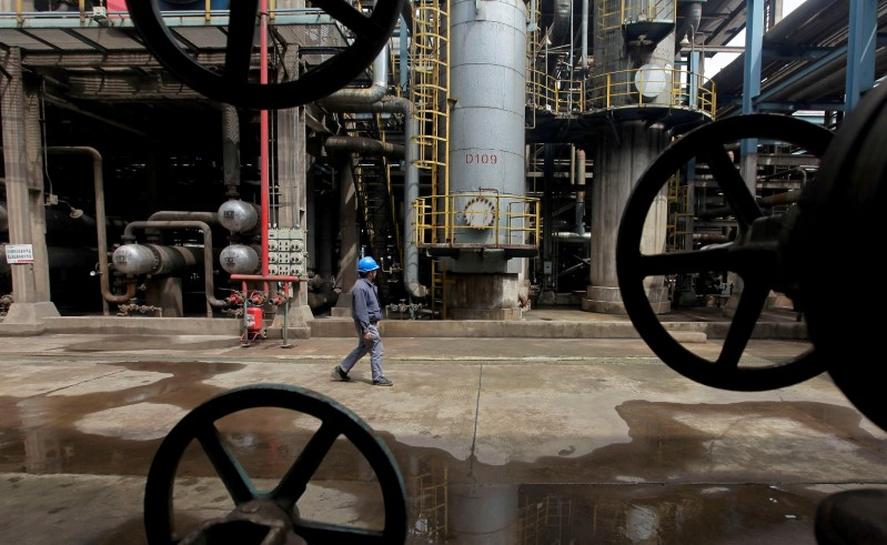 SINGAPORE (Reuters) – Oil prices held steady on Thursday, hanging on to gains made the previous session when falling U.S. crude inventories lifted the market, as analysts offered mixed supply outlooks for the commodity ahead of a key OPEC meeting next week.

Crude oil prices are still capped below the $50-per-barrel mark on concerns about high production from the Organization of the Petroleum Exporting Countries (OPEC) despite its pledge to cut output along with some other producers.

Brent crude futures, the international benchmark for oil prices, were at $49.68 per barrel at 0650 GMT, just 2 cents down from their last settlement.

U.S. West Texas Intermediate (WTI) crude futures were at $47.09 per barrel, 3 cents below their last close.

Prices for both crudes jumped more than 1.5 percent in the previous session on a report showing U.S. crude and fuel stocks fell last week.

U.S. crude inventories dropped by 4.7 million barrels in the week to July 14, according to the data from the Energy Information Administration, against analyst expectations for a decrease of 3.2 million barrels.

“Over the past 15 weeks, U.S. oil inventories have fallen … 13 times, and in most cases, the falls were more pronounced than expected,” said Fawad Razaqzada, market analyst at futures brokerage Forex.com.

“Yet, U.S. crude oil inventories still remain near the upper half of the average for this time of the year.”

Traders said this was in part due to steadily rising U.S. production, which has increased by almost 12 percent since mid-2016 to 9.4 million barrels per day (bpd).

Climbing U.S. output and high inventories as well as the increased production from some OPEC members are preventing prices from rising much further, traders said. U.S. crude stockpiles are just over 490 million barrels versus an average of about 401 million barrels over the past five years.

OPEC and non-OPEC producers are due to meet in St. Petersburg, Russia, next Monday to discuss the current situation in oil markets. OPEC and non-member producers, including Russia, have pledged to cut production by 1.8 million bpd between January this year and March 2018.

But a lack of compliance by some and exemptions for Nigeria and Libya have undermined that OPEC-led effort, preventing prices from rising by much.

Analysts, however, pointed to rising political risk factors, including potential U.S. sanctions on Venezuela and tensions in the Middle East and North Africa, that could impact oil prices.

“We don’t expect to see this quietness to last forever, as geopolitical risks are rising again,” ANZ bank said in a note.