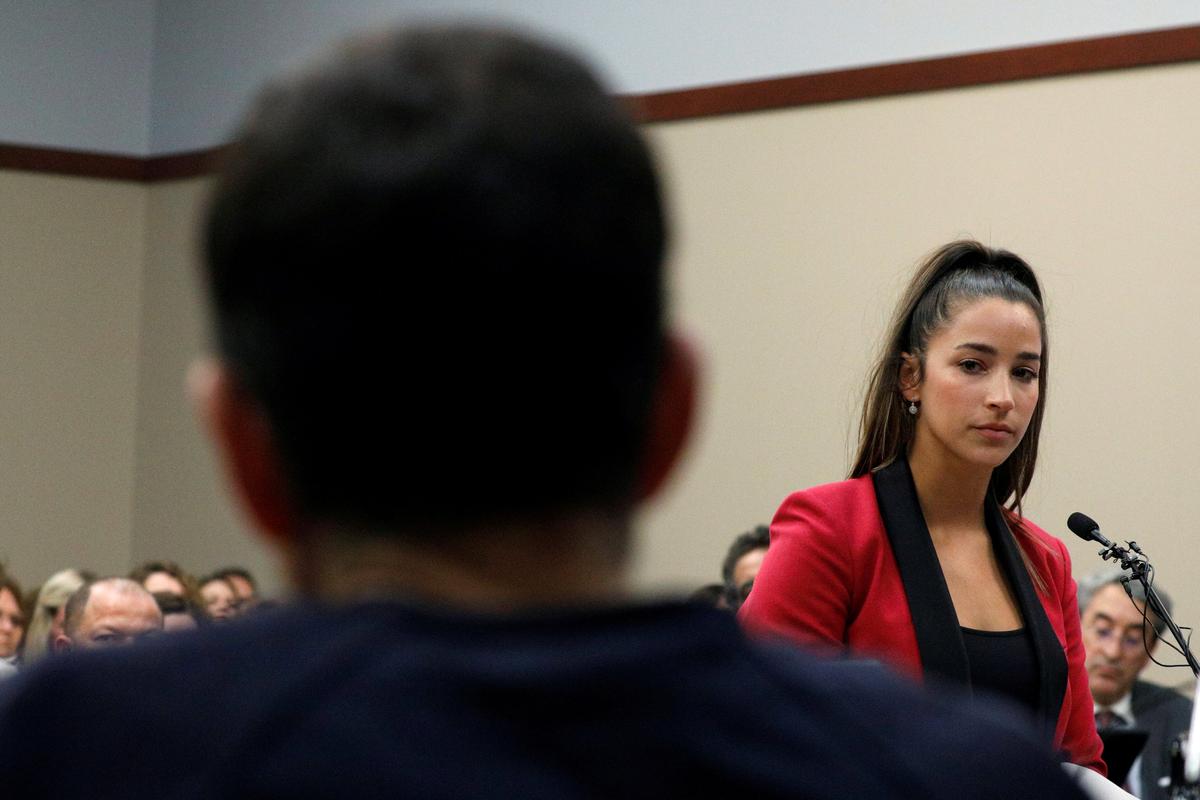 LANSING, Mich. (Reuters) – Olympic gold medalist Aly Raisman blasted U.S. gymnastics officials on Friday for failing to protect her and other women from years of sexual abuse by former team doctor Larry Nassar, calling the sport’s governing body “rotten from the inside.”

Raisman, co-captain of the U.S. women’s gymnastics squad at the 2012 London and 2016 Rio de Janeiro Summer Games, called for an independent investigation into U.S. gymnastics and Olympic officials who she said had the power to stop Nassar.

“For this sport to go on, we need to demand real change, and we need to be willing to fight for it,” she said.

“It’s clear now that if we leave it up to these organizations, history is likely to repeat itself,” she said, referring to USA Gymnastics and the U.S. Olympic Committee.

The 23-year-old gymnast was the latest of dozens of athletes to testify this week at a hearing ahead of Nassar’s sentencing at the Ingham County Circuit Court in Michigan.

Many of them spoke tearfully of how the abuse at the hands of Nassar, the former national medical coordinator for USA Gymnastics, left them emotionally scarred and angry.

In calling for an independent investigation, Raisman said she was dismayed that USA Gymnastics had offered only “empty promises” as the scandal unfolded.

Raisman, who won six Olympic medals, three of them gold, during her career, called on the governing body’s newly installed CEO Kerry Perry to heed a chorus of demands for more accountability.

“Unfortunately you have taken on an organization that is rotten from the inside,” Raisman said to Perry, who was not in the courtroom on Friday. “You will be judged by how you deal with this.”

Glaring at the former team doctor as she read a 15-minute statement during a fourth day of hearings in the Lansing, Michigan courtroom, Raisman defiantly told Nassar that his victims were no longer isolated and weak.

“We have our voices and we will not be silenced,“ she said. ”I’m no longer that little girl you met in Australia who you first began grooming and manipulating.”

Prosecutors have asked for a sentence of 40 to 125 years for Nassar, 54, who was also a prominent physician at a Michigan State University sports clinic. That would add to a 60-year sentence he is serving in federal prison on child pornography convictions.

With about 120 victims now expected to make statements at the hearing, more than initially expected, Nassar’s sentencing has been delayed to early next week.