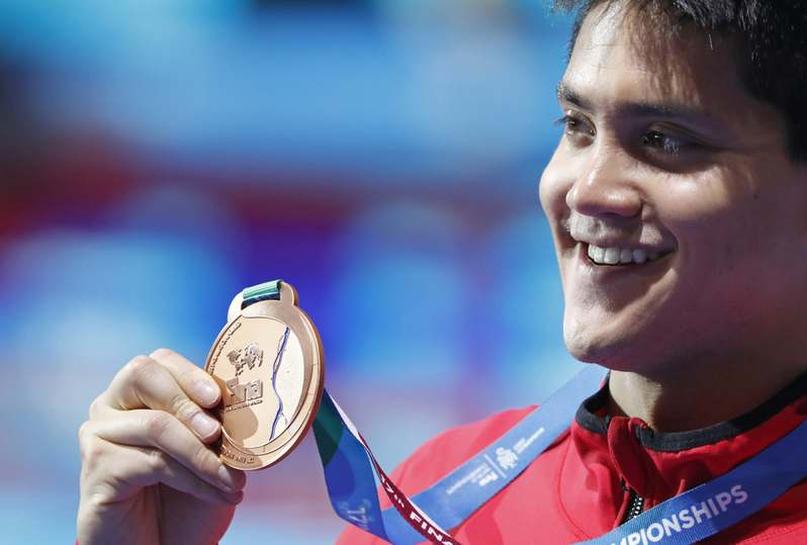 KUALA LUMPUR (Reuters) – Singapore’s Olympic champion Joseph Schooling has apologized to Malaysians for saying he was going to teach their swimmers a lesson at the South East Asian Games, which open on Saturday in Kuala Lumpur.

The 22-year-old, who won the city-state’s first Olympic gold in the 100 meters butterfly in Rio last year, had told local media it would be “nice to go to Malaysia’s backyard and teach them a thing or two”.

“If I offended anyone, I do apologize… that wasn’t my intention,” Schooling said on his arrival in the Malaysian capital on Saturday.

“I’m really sorry for my comments and I definitely didn’t mean it that way.”

Schooling won nine gold medals at the last SEA Games in Singapore two years ago but will race in fewer events this year.

“I’ll do my best in all of them. I’m just going to do my best and let the outcome speak for itself. We have two days to prepare so hopefully we’ll put on a good performance in the Games,” he added.

“It’s definitely not like training for me. Every race my dad likes to say race fast and that actually holds a lot of ground. There are a lot of great swimmers in the South East Asian region so I gotta be the best as I can to make my country proud.”

The 29th version of the biennial SEA Games continue until Aug. 30.

Reporting by Nick Mulvenney in Sydney, editing by Sudipto Ganguly