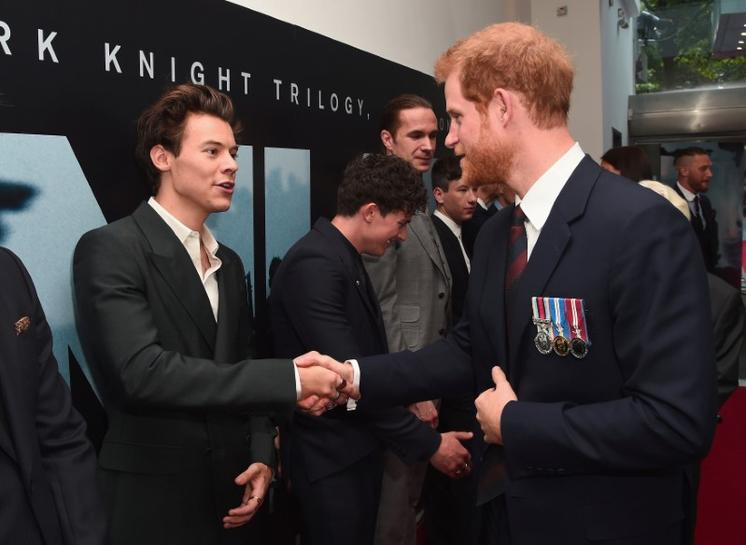 LONDON (Reuters) – Two Harrys — one pop and the other British royalty — proved the biggest hits on the red carpet at the world premiere of director Christopher Nolan’s new film, “Dunkirk”.

The World War Two epic is the movie acting debut for One Direction star Harry Styles, who was joined by Prince Harry on Thursday night in London to see Nolan’s highly anticipated film.

Singer Styles soaked up the adulation from an army of screaming fans but suggested this could be his only movie premiere, acting coy about whether he would seek more film roles.

“I don’t know, I really enjoyed this, I might be one and done though — I’d do this one again for sure,” he told Reuters.

The film is the latest from “Inception” director Nolan, who has enjoyed box office success with a string of unconventional blockbusters.

Regular Nolan collaborators Tom Hardy and Cillian Murphy star alongside Kenneth Brannagh and Mark Rylance in the film, which chronicles Operation Dynamo, in which some 338,000 Allied troops were rescued between May 27 and June 3, 1940, by warships and a flotilla of pleasure boats and other small craft

Brannagh had good things to say about his experience working with newcomer Styles.

“Very good. Very good. He showed up honest and humble and hardworking, and he does a fine job”, he said.