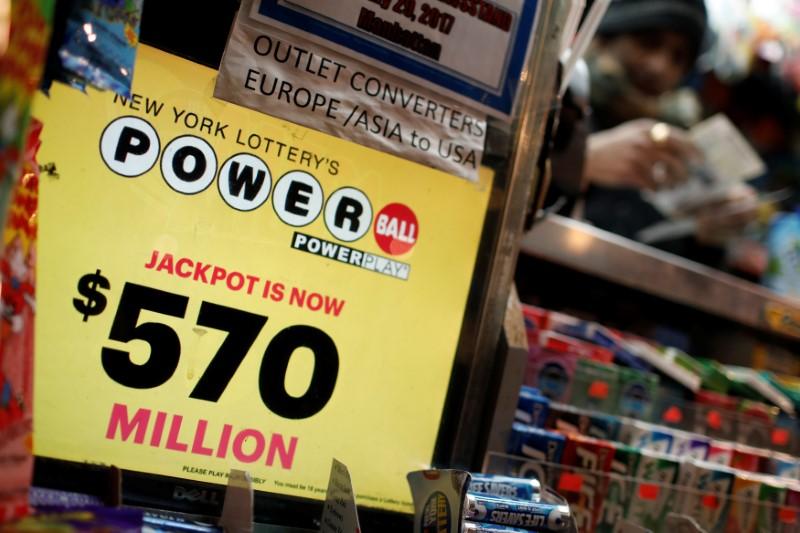 CHICAGO (Reuters) – One ticket matching all six numbers was sold in Florida in the Mega Millions lottery jackpot of an estimated $450 million, the fourth largest in the game’s history, the lottery said after Friday’s drawing.

The identity of the ticket holder or holders was not announced by lottery officials. The Mega Millions drawing has a $281-million payout if the winner selects a lump-sum payment.

U.S. lottery players will get another shot at becoming super rich on Saturday night, when numbers are drawn for the Powerball jackpot of an estimated $570 million, the fifth largest in the game’s history.

The two jackpots together topped $1 billion after going months without a winner.

The total of the two lotteries is the third largest in the history of the games.

Long odds have not halted the spread of “lottery fever”, with people lining up to buy the $2-tickets at retailers, said Jeff Lenard, spokesman for the National Association of Convenience Stores, whose members sell about 60 percent of the nation’s lottery tickets.

Americans spent $80.5 billion on lottery games last year, according to the North American Association of State and Provincial Lotteries.

The largest Powerball jackpot was a $1.6-billion payout split among winners in California, Florida and Tennessee in January 2016, the association said. The largest Mega Millions jackpot of $656 million was won in 2012.

The totals have ballooned as no one has hit either jackpot since October. On Wednesday, there was no winner of the Powerball jackpot, worth an estimated $460 million. A day earlier, no one had matched all six numbers in a Mega Millions drawing, lottery officials said.

The estimated totals are before tax.

“When the jackpots reach these levels, everyone starts to daydream about what they would do if they won,” Gordon Medenica, Mega Millions lead director, said in a statement.

Commentary: Thanks to China’s move on Ant, FinTech firms may look like banks soon
Should I worry if my helper is doing outside work?
North Korea toughens rules of entry to sea to fight COVID-19: State media
Businesses and residents near Top Glove dormitories on edge, as COVID-19 cases spike among workers
Malaysia’s parliament passes 2021 budget