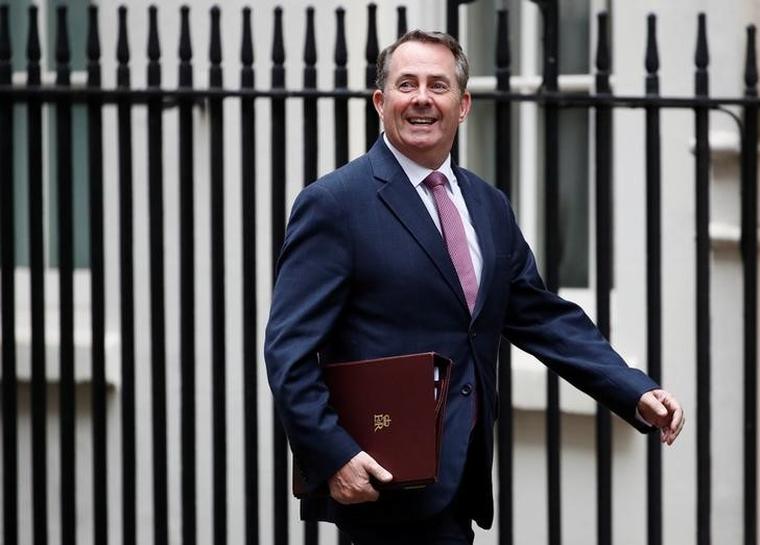 PARIS British Trade Minister Liam Fox said on Friday there were no obstacles to replicating the current smooth trading agreements between Britain and the EU after Brexit, unless “politics got in the way of good economics”.

Britain responded to Barnier by saying it was still hoping for trade that was “as frictionless as possible”.

“We’re going into an arrangement with the EU already with zero tariffs, we’re going there with complete regulatory equivalence and with customs systems that already work,” Fox told Reuters during a visit to Paris.

“The only reason we wouldn’t replicate them would be if politics got in the way of good economics.”

British Prime Minister Theresa May wants to use Brexit to create a “Global Britain”, saying London will be in a stronger position outside the EU to negotiate new trade deals.

May has acknowledged Britain may need an implementation period to smooth its exit from the bloc, and business leaders have pressed her to push for Britain to remain within the single market until a final deal is negotiated.

Fox said the government “wanted to have minimal disruption and maximum continuity” until it reached a final agreement, adding that it was perfectly reasonable that people should want to have some transitional period.

“But we can’t have a perpetual transitional period undermining the concept of Brexit itself,” he said.

Britain is not allowed to negotiate and conclude new trade agreements with non-EU countries as long as it is a member of the union. Nonetheless, Fox dismissed suggestions that a transitional period might hamper his efforts to reach new accords swiftly.

“The most we can do is scope them out at the present time to begin negotiations after we leave. So it’s very unlikely we’d be concluding many of those within that time scale (transition) so it probably makes no difference whatsoever.”

The EU on Thursday celebrated a far-reaching trade pact with Japan, the world’s fourth biggest economy, raising questions over Britain’s ability to leverage a similar deal once outside the bloc and the future of Japanese manufacturers in Britain.

“If the deal is ratified before we leave the EU we would simply transitionally adopt that into UK law,” Fox said.

“If it’s not ratified … Clearly now we would have a template, but we would have the ability to tweak it at the edges if that is what was wanted.”