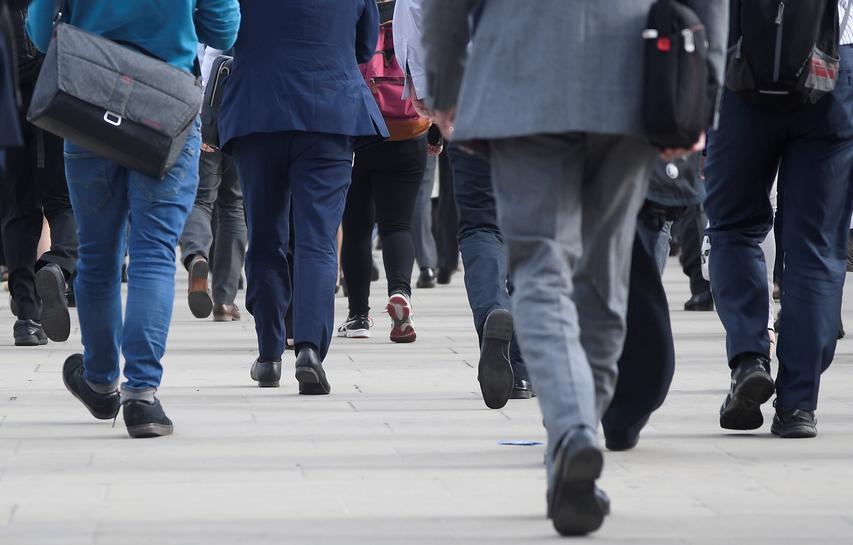 LONDON (Reuters) – Optimism across Britain’s services sector fell during the three months to August, and companies felt the pinch from rising costs even though new business largely held up, an industry survey showed on Tuesday.

The Confederation of British Industry’s quarterly report on the services sector, which produces the vast bulk of economic output in Britain, showed confidence waned in both consumer- and business-facing services firms.

Official data last week showed Britain’s economy suffered weakness on all fronts in the three months to June, with shoppers pinched by the pound’s tumble, exports failing to fill the gap, and business investment frozen by Brexit uncertainty.

While the volume of activity at business and professional services firms improved to its highest since May 2016 during the three months to August, it cooled in consumer services firms.

The CBI’s survey covered 167 services companies and was conducted between July 28 and Aug. 14.

“It’s fair to say that the performance of the UK services sector is very much a mixed bag this summer,” CBI economist Anna Leach said. “While business volumes and numbers employed have risen, the impact of higher costs is harming the profitability of firms.”

Costs per employee soared at the fastest rate since the start of the financial crisis at both professional and consumer services firms, the CBI said, despite few signs that staff are benefiting from higher wages.

British businesses have been strained by rising inflation since last year’s vote to leave the European Union weakened the pound, pushing up the cost of imports. Exports have so far failed to fully compensate for this.

Four out of five companies in a separate British Chambers of Commerce survey published last Friday said their costs had increased this year because of changes to employment regulation, such as a higher minimum wage.

A record high proportion of consumer services companies cited a shortage of professional staff as a factor likely to limit growth in business over the next 12 months, the CBI said.

Many businesses are concerned that Britain’s looming departure from the EU is reducing the supply of foreign workers. Figures last week showed net migration fell to its lowest level in three years during the 12 months to the end of March, and more than half the drop was due to EU nationals.

Manufacturing association EEF said a quarter of its employers were receiving fewer applications from EU nationals.

A lack of British applicants meant almost two thirds of manufacturers needed to recruit staff from the EU, the EEF said in a survey it published on Tuesday, which was based on canvassing 243 companies in April.

“Preventing industry from being able to recruit the best skilled workers from the EU could stifle growth, damage British industry and the UK economy as a whole,” said Tim Thomas, the EEF’s director of employment and skills.

Japan’s hard-hit regions may slide back to COVID-19 state of emergency
HDB apologises for allocating ‘poorly maintained’ rental flat to single mother
Pressured by Islamists, Pakistan parliament to vote on whether to expel French envoy
China-Backed Hong Kong Paper Calls For ‘Ban’ on Pro-Democracy Apple Daily
US Delegation Arrives in Taiwan Amid Rising Tensions With China