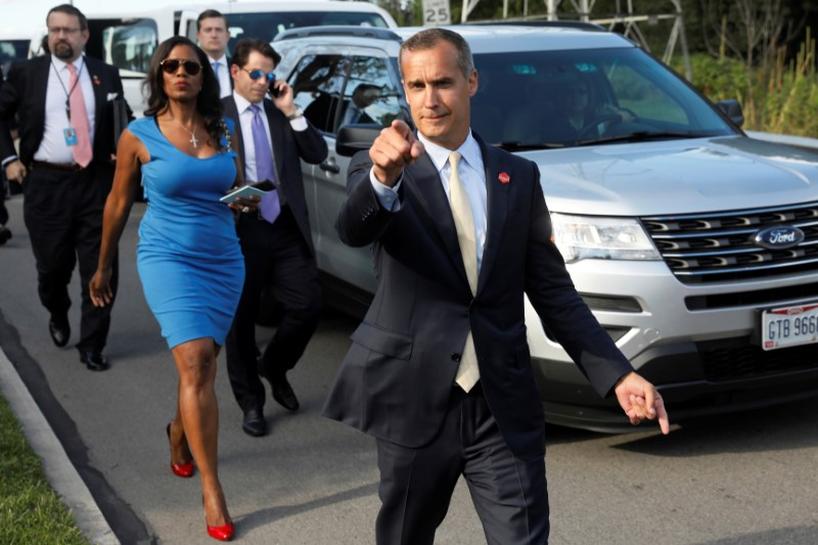 Corey Lewandowski, Trump’s former campaign manager who still speaks regularly to the president, criticized a CFPB rule that would make it easier for consumers to sue financial companies. Currently, many consumers are required to settle disputes related to credit cards and other banking products through mandatory arbitration.

“It’s my recommendation to the president of the United States to fire Richard Cordray,” Lewandowski told NBC’s “Meet the Press.”

The CFPB is the brainchild of Massachusetts Democratic Senator Elizabeth Warren. Created by the 2010 Dodd-Frank Wall Street reform law, the bureau is charged with protecting consumers from predatory lending practices that were commonplace during the financial crisis.

Under current law, the president can only fire Cordray for cause. The legal burden to show cause is high, and Cordray’s term does not expire until July 2018.

Cordray is widely expected to run for governor in Ohio, though he has not announced any plans to do so.

A CFPB spokesman did not have any immediate comment in response.

Republicans fought the creation of the CFPB and have long complained the agency wields too much power without enough accountability to the president or Congress. They have accused it over imposing overly burdensome regulations that they say may unduly harm consumers.

A U.S. appeals court is weighing a case involving whether the president should be allowed to fire Cordray at will, and not just for cause. If Trump were to remove Cordray prior to the court’s ruling, it would likely escalate the ongoing legal battle.

When asked if his comments about the CFPB were driven by business interests he represents, Lewandowski said he had no clients with such interests before the agency.

However, Lewandowski previously worked for Avenue Strategies, which is registered to lobby for Ohio-based payday lender Community Choice Financial.

1 community case among 20 new COVID-19 infections in Singapore
US, China commit to climate cooperation ahead of key summit
Montenegro tries to cool EU row over US$1 billion China road
‘Run, Sara, Run’: Campaigns grow to back Duterte’s daughter for presidency next year
Laos locks down capital over COVID-19 outbreak tied to Thailand