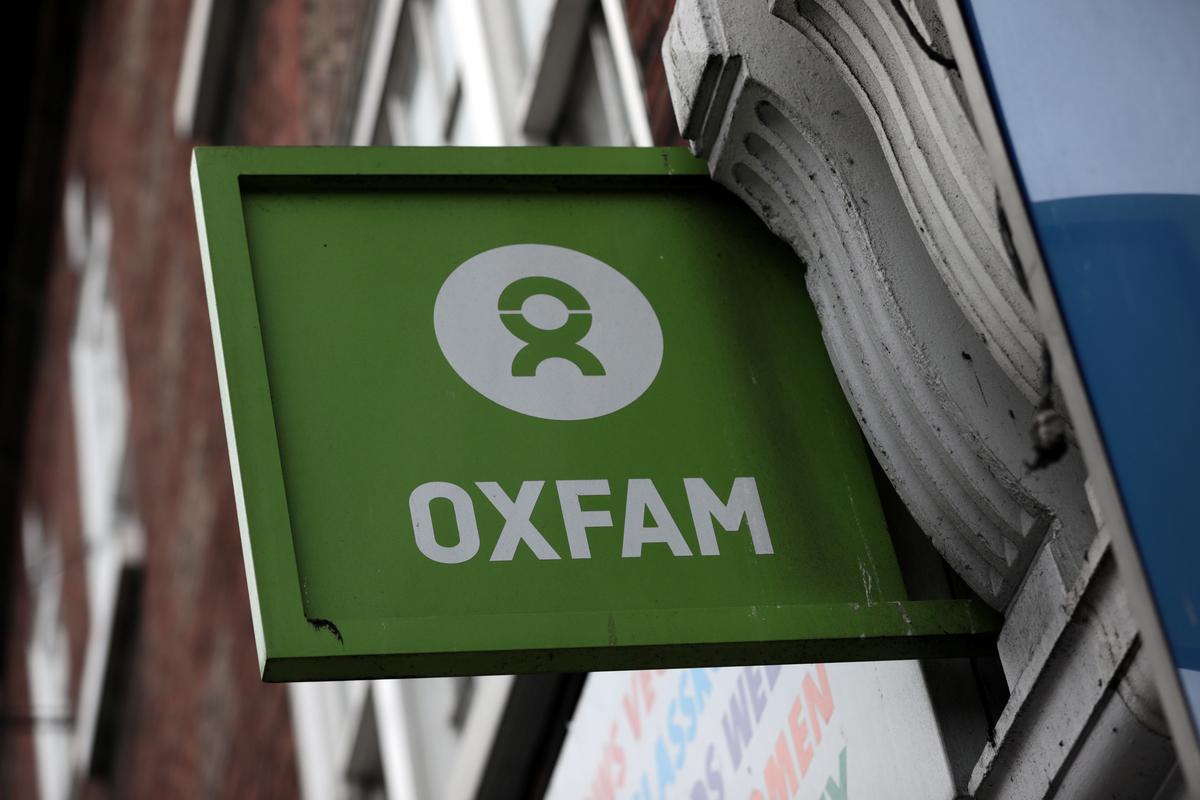 LONDON (Reuters) – British aid organisation Oxfam faced fresh pressure on Tuesday after a former senior member of staff said her concerns about “a culture of sexual abuse” involving aid workers had not been taken seriously by the charity’s bosses.

Helen Evans’ statement deepened the scandal around one of the best-known international NGOs, which has aid programmes running across the globe.

Separately, the chairman of Oxfam’s international umbrella group, Juan Alberto Fuentes, was arrested on Tuesday in his home country Guatemala as part of a corruption investigation unrelated to the charity’s work.

Evans, who was in charge of investigating allegations against Oxfam staff members between 2012 and 2015, told Channel 4 television that abuse cases she had heard of included a woman who had been coerced into having sex in exchange for aid.

Another involved an assault on a teenage volunteer by a staff member in an Oxfam charity shop in Britain, she said.

Oxfam is under threat of losing its British government funding over sexual misconduct accusations in Haiti and Chad.

Evans, who headed a “safeguarding” section responsible for protecting staff and the people Oxfam works with, spoke of frustration that her calls for more support for her team were not taken seriously enough.

“I struggle to understand why they didn’t respond immediately to that call for additional resource,” she said in an interview first broadcast late on Monday.

Oxfam said Evans’ work had led to concrete steps to improve the way the organisation deals with safeguarding issues.

“We regret that we did not act on Helen’s concerns much quicker and with more resources,” the statement said, adding it was now expanding the safeguarding team.

The deputy head of the charity resigned on Monday, saying Oxfam had failed to adequately respond to past allegations of sexual misconduct by some staff in Chad and Haiti.

A sign is seen above a branch of Oxfam, in central London, Britain February 13, 2018. REUTERS/Simon Dawson

The Times newspaper reported on Friday that some staff who were in Haiti after the 2010 earthquake there had paid for sex with prostitutes. Oxfam has neither confirmed nor denied that specific account but has said an internal investigation in 2011 had confirmed sexual misconduct had occurred.

Haiti’s President Jovenel Moise said “what transpired is a violation of basic human decency” and he would not tolerate support from charities whose staff exploited communities.

“There is nothing more shameful than a sexual predator using the veil of catastrophe as a means to exploit the vulnerable in their most defenceless moments,” he said in a statement.

Haiti’s minister of planning and external cooperation summoned Oxfam representatives to a meeting on Thursday.

“These would be both serious sexual crimes and a crime against development in light of the potential diversion of external assistance for the purpose of illegal criminal activities,” the minister, Aviol Fleurant, told Reuters.

Prostitution is a crime in Haiti, but it was not entirely clear what other crimes the Oxfam officials may have committed.

Oxfam officials in Haiti were not immediately available for comment during the country’s carnival holiday.

Prosecutors said the inquiry was linked to the management of a large public transport programme and they made no mention of Oxfam’s work.

Oxfam International Executive Director Winnie Byanyima said Fuentes had assured the organisation that he was cooperating with the investigation “in the confidence he did not knowingly transgress rules or procedures”.

The scandals are escalating into a broader crisis for Britain’s aid sector by bolstering critics in the ruling Conservative Party who believe the government should reduce spending on aid in favour of domestic priorities.

Aid minister Penny Mordaunt has threatened to withdraw government funding from Oxfam unless it gave the full facts about events in Haiti. She has written to all British charities working overseas to demand that “they step up and do more, so that we have absolute assurance that the moral leadership, the systems, the culture and the transparency that are needed”.

Britain’s Charity Commission has launched an inquiry into whether Oxfam disclosed details about the allegations at the time in 2011 and its handling of the incidents since.