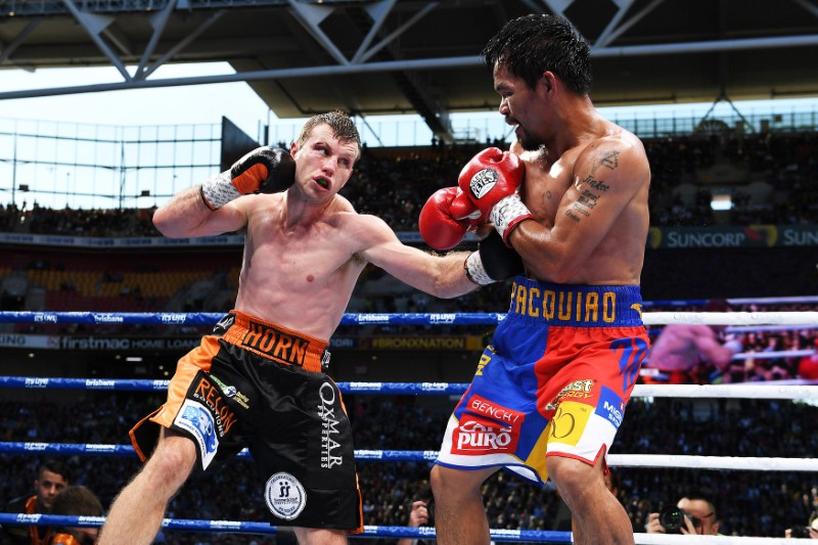 While Horn dismissed criticism of his win, the regulatory body of professional sport in the Philippines, the Games and Amusement Board (GAB), requested a “thorough review” of the fight on Monday and Pacquiao has backed their demand.

“WBO should take appropriate action on the letter sent by the Games and Amusement Board (GAB) so as not to erode the people’s interest in boxing,” eight-division world champion Pacquiao said in a statement on Wednesday.

“On my part, I had already accepted the decision but as a leader and, at the same time, fighter, I have the moral obligation to uphold sportsmanship, truth and fairness in the eyes of the public.”

“I love boxing and I don’t wanna see it dying because of (an) unfair decision and officiating.”

On Tuesday, the WBO said that the decision could not be reversed and highlighted the rematch clause in both fighters’ contracts.

“The discretion of a referee or judge cannot be reversed, except in a case of fraud or violation of laws which is not the case in Pac vs Horn,” the organization said on their Twitter account.

“The contract for Pac vs Horn provides a rematch clause, which the WBO is in accordance if the promoters decide to move forward.”

(Reporting by Aditi Prakash in Bengaluru)

China Steps up Curbs on Dissidents Ahead of National People’s Congress
Hong Kong Activists Still in Court as Supporters Gather Outside
S&P 500, Nasdaq fall as high-flying tech stocks slide
‘I Didn’t Expect These Students to Behave in Such a Frenzied Way’
Philippines reports first cases of COVID-19 South African variant