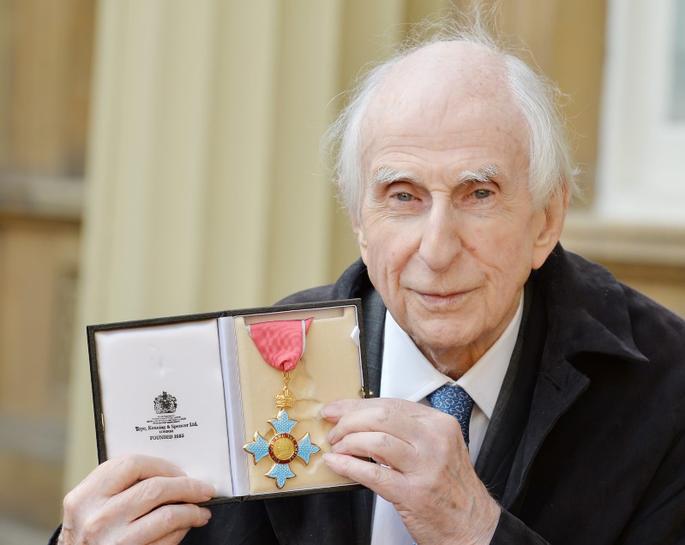 LONDON Michael Bond, the British creator of Paddington Bear, a marmalade sandwich-loving refugee from Peru who entertained generations of children with his exploits in London, died on Tuesday aged 91 after a short illness.

Wearing a tag round his neck that read “Please look after this bear”, Paddington was named after the London railway station of the same name where he was found after a boat journey from “darkest Peru”, according to Bond’s 1958 story “A Bear called Paddington”.

Bond said the inspiration for the character came when he spotted a teddy bear in his flat, and wondered what would happen if a real bear arrived at Paddington Station like a World War Two refugee with a label around his neck.

“Glancing round in search of inspiration my gaze came to rest on Paddington, who gave me a hard stare from the mantelpiece, and the muse struck,” Bond wrote in the Radio Times magazine in 2014.

“I knew exactly how my own parents would react if they saw it, particularly if it had a label round its neck, like a refugee in the last war. There are few things sadder in life than a refugee,” Bond said.

Paddington was taken in by the Brown family and his adventures and mishaps were detailed in more than 20 books, the last of which, “Paddington’s Finest Hour”, was published in April.

The stories invariably saw Paddington, fueled by marmalade sandwiches, caught up in accidental but well-intentioned scrapes, while examples of rudeness were met with one of his “hard stares”.

“PLEASE LOOK AFTER THIS BEAR”

Ann-Janine Murtagh, executive publisher of children’s books at HarperCollins, which sold more than 35 million Paddington books, said Bond was a true gentleman and the most enchanting of writers.

Actor Hugh Bonneville, who played Mr Brown in the 2014 film “Paddington”, said it seemed particularly poignant to learn about Bond’s death on the last day of filming of a sequel. The new film is due out later this year.

“He leaves a special legacy: long live the bear from darkest Peru,” he said.

Bond, who was born in Newbury, a town west of London, in 1926, wrote another series of children’s books about a guinea pig called Olga da Polga and adult detective stores featuring Monsieur Pamplemousse.

He started writing while serving in the British army in Egypt and once said that he could have papered his walls with rejection slips.

Paddington, though, was written for his own pleasure.

“I didn’t intend to write a book at all which was a plus as it happened I think as I didn’t write for any particular age group – I wrote it to please myself,” Bond told the BBC. “In 10 days I had what turned out to be a book on my hands.”

“Paddington is very real to me.”