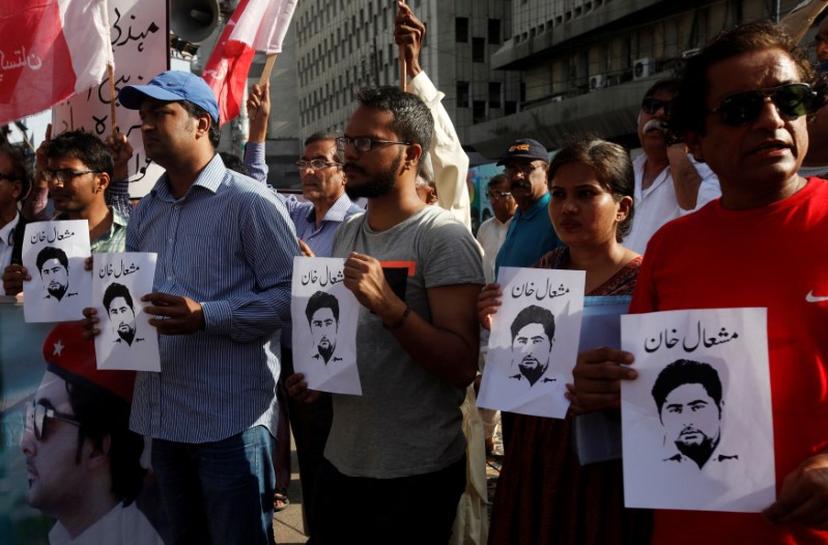 GENEVA (Reuters) – Pakistan must address a catalog of human rights failings including state-sponsored abductions and a death penalty that amounts to torture, but its national watchdog is muzzled, the U.N. Human Rights Committee said on Thursday.

Human Rights Minister Kamran Michael defended Pakistan’s record before the committee earlier this month, but members of the committee said his delegation had given few responses to their questions and very general answers.

They were also concerned at a no-show by the chairman of Pakistan’s National Commission for Human Rights, who was allegedly barred from traveling to Geneva to meet them and was not able to probe wrongdoing, they said.

“The Commission is prevented from fully cooperating with United Nations human rights mechanisms, cannot inquire into the practices of the intelligence agencies, and is not authorized to undertake full inquiries into reports of human rights violations by members of the armed forces,” the U.N. committee report said.

Pakistani officials in Islamabad could not immediately be reached for comment on the committee’s findings.

At the top of a long list of human rights concerns were Pakistan’s renewed use of the death penalty, its blasphemy laws, and “enforced disappearances” and extrajudicial killings.

FILE PHOTO: Frontier Constabulary (FC) personnels stand guard during a sit in protest against the execution of Mumtaz Qadri outside the Parliament building in Islamabad, Pakistan, March 30, 2016.Faisal Mahmood/File Photo

“This is an admitted fact even within the country that this is carried out by agents of the state,” he said, adding that the government’s own investigations were insufficient.

A high number of people were allegedly in secret detention in military internment centers, the committee’s report said. Killings were allegedly perpetrated by the police, military and security forces but there was no law explicitly against such practices.

The committee also lambasted Pakistan’s widespread use of hanging since it lifted a moratorium on the death penalty in 2014, following an attack on a school in which more than 150 people, mainly children, were killed.

Death sentences were passed on mentally disabled people and suspects who were minors at the time of the crime, and the method of execution amounted to torture.

“There have been reports of botched executions, failed executions, with grave consequences on physical integrity,” de Frouville said.

Capital punishment was mandatory under blasphemy laws, which often led to false accusations and “mob vengeance”, the committee said, calling for those laws to be repealed.