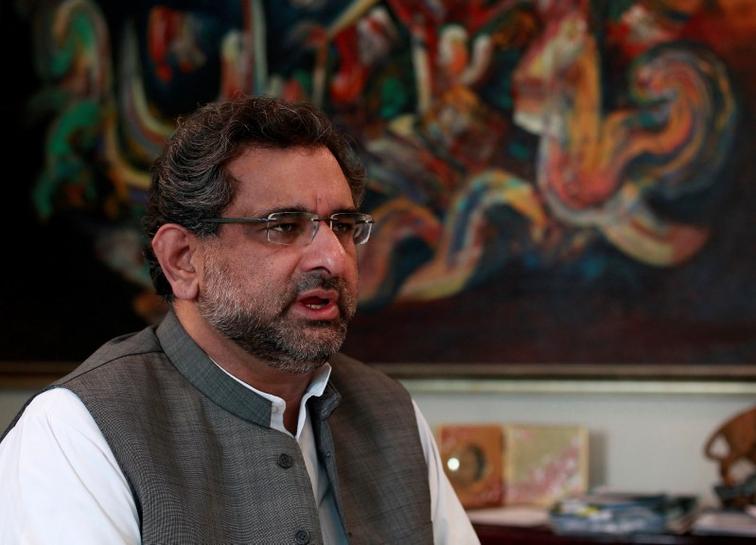 Sharif’s Pakistan Muslim League-Nawaz (PML-N) party holds a majority with 188 seats in the 342-member parliament, so it should be able to swiftly install its choice, barring any defections from its own ranks.

A quick handover could ease political upheaval sparked by the Supreme Court’s decision on Friday to disqualify Sharif for not declaring a source of income. The court also ordered a criminal investigation into him and his family.

“I hope that God will help me in furthering Nawaz Sharif’s policies,” Abbasi told reporters in Islamabad, adding to speculation that Sharif will continue to run the show behind the scenes.

The turmoil and the premature end to Sharif’s third stint in power has also raised questions about Pakistan’s democracy as no prime minister has completed a full term in power since independence from British colonial rule in 1947.

“We wanted to make sure there is a smooth transfer of power, and no constitutional crisis,” said Miftah Ismail, a senior PML-N official and Sharif ally.

Sharif has lashed out against the court’s decision and opponents who used the Supreme Court to topple him but vowed his party would continue to focus on economic development, touting a faster-growing economy as proof of his success.

“Wheel of development is moving and may God keep it rolling and may it never stop,” he told members of PML-N on Saturday night.

On Sharif’s arrival, supporters chanted: “The Lion is here”.

But his foes slammed PML-N’s plans as dynastic and undemocratic, while opposition leader Imran Khan called it a form of “monarchy”.

Khan’s Pakistan Tehreek-e-Insaf (PTI) party, which held street protests until the Supreme Court agreed to investigate Sharif, planned to hold a rally in the capital Islamabad on Sunday to celebrate his removal.

Sharif said the plan is for former petroleum minister Abbasi to stay in power for less than two months until Shahbaz, who is the chief minister of the vast Punjab province, wins a by-election to the national assembly and becomes eligible to be prime minister.

Abbasi and Shahbaz will have to hit the ground running to tackle Pakistan’s worsening ties with the United States, frayed relations with India, and persistent attacks by Islamist militants including the Pakistani Taliban and Islamic State.

They will also need to boost economic growth above the current rate of 5.3 percent to find employment for millions of young people entering the job market every year in a nation of nearly 200 million people.

Economists say this will prove tricky at a time when the current account deficit is ballooning and an overvalued currency is hurting exports.

Sharif, whose (PML-N) party won elections in 2013, said he was shocked by Friday’s Supreme Court ruling disqualifying him from office over unreported income from a company owned by his son in Dubai. Sharif said the monthly salary – equivalent to $2,722 – was nominal and he never actually received any of it.

The Supreme Court employed little-used Article 62 of the Constitution, which calls for the dismissal of any lawmaker deemed dishonest, to dismiss Sharif. His allies believe the verdict smacks of judicial overreach, while others privately say elements of the military were had a hand in the process.

The army has not commented on Sharif’s departure, or on allegations they were involved. It has also dismissed claims in the past that they were behind the Supreme Court’s push.

Sharif’s two previous stints in power were also cut short, the second ending in a military coup led by General Pervez Musharraf in 1999.

Shahbaz Sharif, who has been in charge of Punjab since 2008, has better relations with the military than his brother. He has built a reputation as a competent administrator focused on building infrastructure.