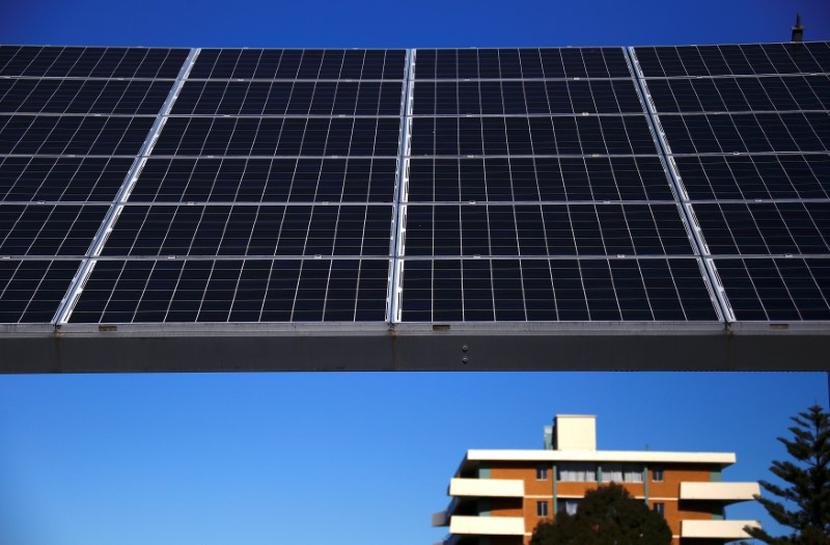 MELBOURNE (Reuters) – Australia’s power utilities and grid operators, under threat from the world’s fastest take-up of home solar panels, are rushing to come up with ways to stay relevant and protect long-term revenues.

Pushing to cash in rather than lose out on the millions of solar panels that glint from the roofs of homes around the country, electricity suppliers and network operators are taking steps such as selling batteries to store solar energy or looking to charge fees for taking excess solar power into the grid.

Australians have snapped up solar panels over the past 10 years thanks to government incentives, but what was seen as a luxury has almost become a necessity as energy policy uncertainty has led to the closure of some coal- and gas-fired power plants, sparking blackouts and power price hikes.

“Australia has highly innovative customers who are interested in new things and most of the time it’s quite sunny. So it means we become a test bed for a lot of these things,” said Matthew Rennie, global power and utilities transactions leader at consultant EY.

One out of every six Australian homes, or around 1.65 million households, had solar photovoltaic systems at the end of 2016, according to the Australian Energy Council. That is the highest per capita number globally.

And over 20 percent of Australian homes are likely to adopt battery storage in the next two years, according to an Australian Energy Market Commission survey released last week.

One of Australia’s leading power suppliers, AGL Energy, has offered cheap batteries to 1,000 homes with solar panels as part of what it describes as the world’s biggest “virtual power plant” in Adelaide, South Australia, a state plagued by blackouts over the past year.

The batteries will be centrally controlled by software from U.S. firm Sunverge, allowing AGL to instantly tap 5 megawatts of power that can help stabilize the grid when needed. Battery owners will be left with enough power for their own needs and paid for any excess energy they provide to AGL.

The firm has so far sold 675 batteries and installed more than 235, said the head of the company’s ‘new energy’ division, Elisabeth Brinton.

A solar array, a linked collection of solar panels, can be seen in front of a residential apartment block in the Sydney suburb of Chatswood in Australia, July 28, 2017.David Gray

In early testing, it has been able to do a fully coordinated dispatch of the batteries, discharging power from several batteries remotely into the grid, and has used energy from the batteries to help manage frequency on the network.

“We’re really seeing when you use the system to optimize the performance of the solar and battery together for the customer, they’re actually going to have demonstrable bill savings,” said Brinton. Under the system, customers must pay to remain connected to the grid.

AGL’s first customer in the trial, Geoff Perkins, estimates with solar panels and the battery, his electricity bills have dropped by around 65 percent, a big saving for the retired school IT director.

A solar array, a linked collection of solar panels, can be seen in front of a residential apartment block in the Sydney suburb of Chatswood in Australia, July 28, 2017.David Gray

Power grid companies are also looking to tap energy stored in batteries as a way of saving millions of dollars on new poles and wires to handle demand on the hottest days of the year, when people crank up air conditioners.

“You want to find efficient investments to cover that peak, and batteries may well be part of that solution,” said Trevor Armstrong, chief operating officer of Ausgrid, Australia’s biggest grid company.

In another potential source of revenue from energy storage, network companies see an opportunity to charge a distribution fee to homes that want to sell the excess power from their batteries to other homes.

“The distribution network then has a different source of income going forward. That’s the reason why we say the future is quite promising,” said Ausgrid’s Armstrong.

As part of the deal, Sonnen has access to the batteries, which the company can tap sell frequency control services to the grid, so it can reap revenue from households and the network companies.