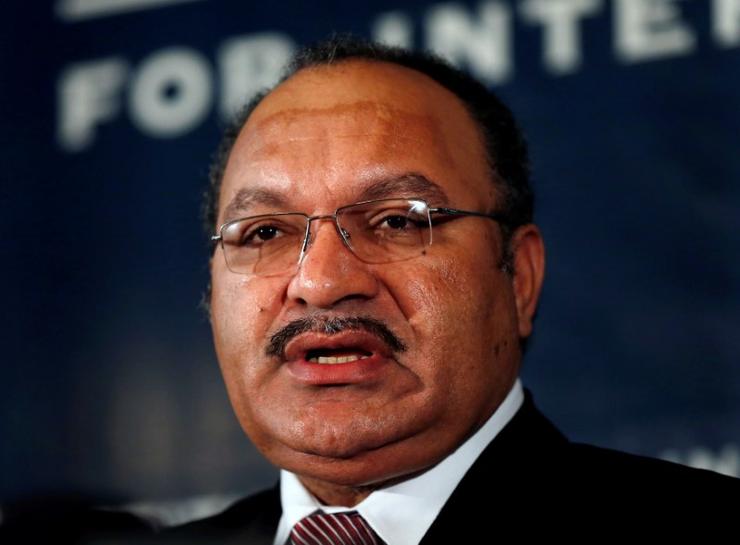 SYDNEY (Reuters) – The prime minister of Papua New Guinea (PNG), Peter O’Neill, has won a fourth term in Parliament, but the South Pacific nation is still no clearer on who will lead it through a period of economic uncertainty.

Opposition politicians have harshly criticized O’Neill’s economic management, including his handling of a budget deficit that has ballooned in recent years as oil and gas prices slumped.

But O’Neill weathered the criticism to win 48,714 votes, or 78 per cent of all ballots cast in his Ialibu-Pangia district, his office said in a statement on Sunday.

“Our promises to the people are clear and can be delivered, and we have a proven track record to deliver on our promises,” O’Neill told supporters in the Southern Highlands Province.

His People’s National Congress party was in line to form the next government, he added.

The resource-rich nation is still tallying votes, however, with final results not expected until month-end.

Analysts expect a tight race between O’Neil’s party and that of his main rival, former Treasurer Patrick Pruaitch, who has formed a coalition with several opposition party leaders, promising to boost growth and stabilize the economy.

Sam Basil, leader of the junior opposition Pangu Party, has vowed to put an end to the exports of raw resources and create jobs.

Polling in PNG has been marred by reports of disruptions and voters being left off electoral rolls, souring the mood in a country with a history of electoral violence and corruption.

Despite its mineral wealth, which includes Exxon Mobil’s $20 billion LNG plant, most of the nearly 8 million population live at subsistence level.

Last week, the Commonwealth Observer Group said it was concerned about reports of election-related violence and vote buying, in some cases through the use of state resources and development funds.

It recommended an urgent review of the election process and for the PNG government to boost the accuracy of electoral rolls.

There had been some “unfortunate incidents”, O’Neill said, but the election had been a success overall.

“In past elections, hundreds of people have been killed through election violence, and this year we saw a very smooth electoral process.”

O’Neill, who came to power in 2012, promising to rein in corruption, has faced allegations of having authorized millions of dollars in fraudulent payments to a leading law firm.

In 2014, an anti-corruption watchdog issued an order for his arrest over the incident, which O’Neill denies. He refused to comply and stripped the body of funding.

‘Outside, we don’t get a chance’: What it is like studying for a degree in prison
Hundreds of Thai protesters rally to demand leaders’ release
Persecuted Chinese Rights Lawyer Wang Yu Named ‘Woman of Courage’ by US
Hong Kong court puts off release of activists
Pompeo calls for US to boycott 2022 Beijing Winter Olympics