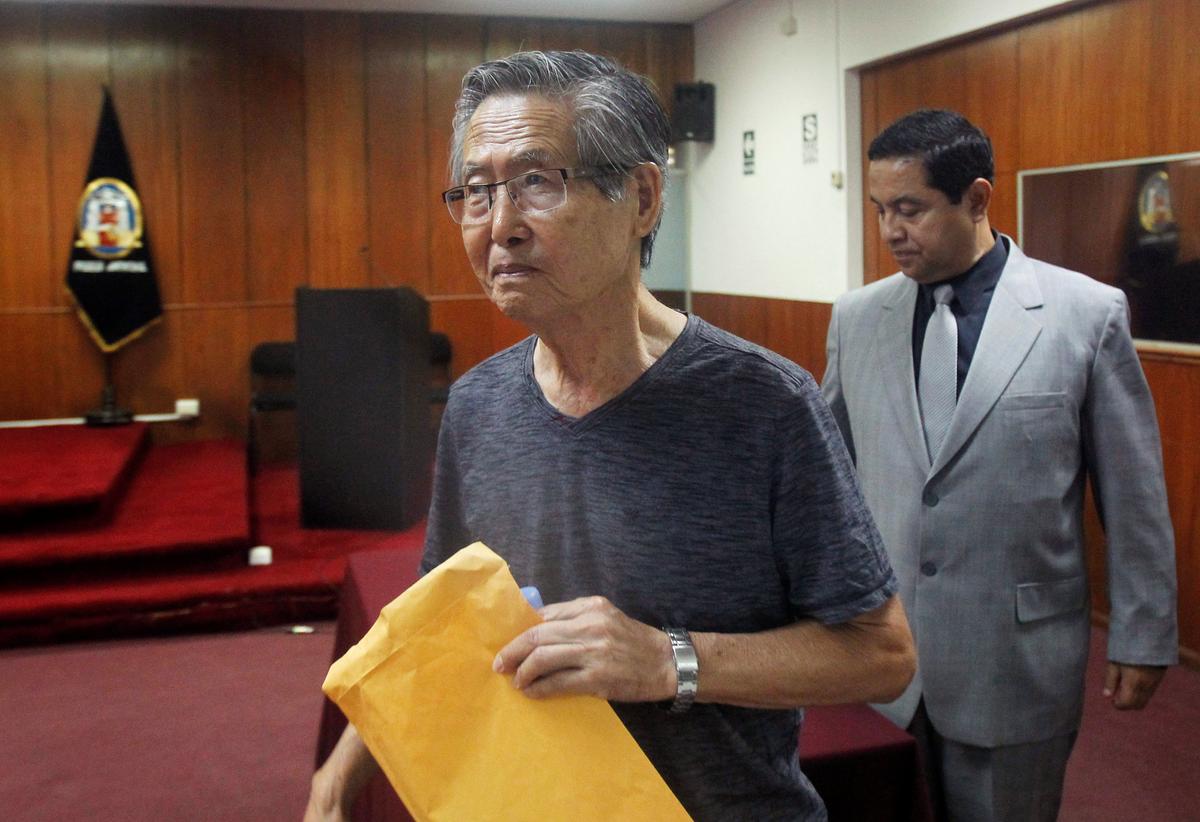 LIMA (Reuters) – Peru’s former leader Alberto Fujimori, who was pardoned for corruption and human rights abuse and freed form jail by the current president, could face another trial, a court said on Monday.

President Pedro Pablo Kuczynski granted Fujimori a pardon in late December, less than halfway through a 25-year sentence, in a decision that was criticized by human rights groups and many Peruvians.

FILE PHOTO: Peru’s former President Alberto Fujimori sits in court during the sentencing in his trial on charges of embezzling state funds to manipulate the media during his tenure as president, in Lima, Peru January 8, 2015. REUTERS/Enrique Castro-Mendivil/File Photo

However, the National Criminal Court’s Court B ruled that the pardon would not excuse Fujimori from future trials involving the death of six people killed by a paramilitary group in the town of Pativilca in 1992, during Fujimori’s 10-year rule.

Fujimori, 79, can appeal the ruling, a spokeswoman for the government’s judicial authority said. His lawyer told local radio an appeal to the supreme court was being analyzed.

Kuczynski’s approval rating dipped to 19 percent in February, according to pollster Ipsos, and many Peruvians believe the pardon was politically motivated. Kuczynski says it was strictly humanitarian.