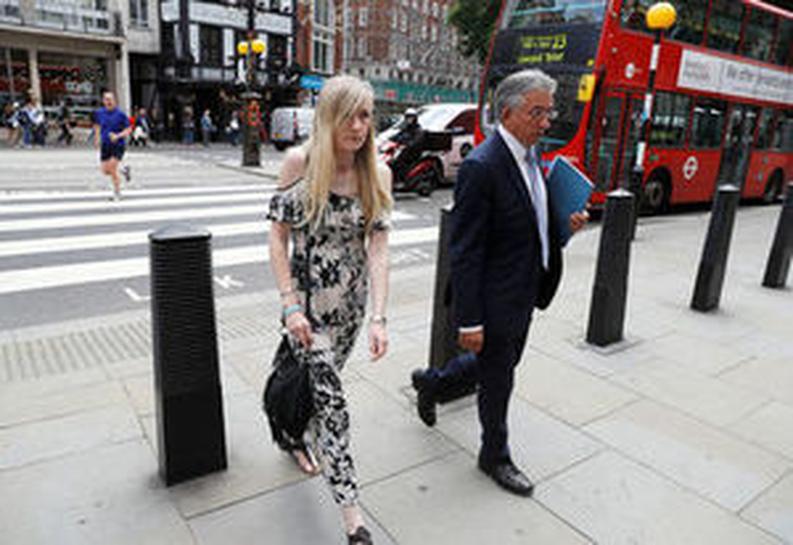 LONDON (Reuters) – The parents of terminally ill baby Charlie Gard on Tuesday accused a London hospital of preventing their son from coming home to die, the latest harrowing confrontation in a legal battle that has raised emotions far and wide.

The renowned children’s hospital treating Charlie told a court that the reality of the invasive ventilation the infant requires means that proper end-of-life care cannot be provided to him in his parents’ home.

The plight of 11-month-old Charlie, who suffers from an extremely rare genetic condition causing progressive brain damage and muscle weakness, has been at the center of a bitter dispute between his parents and Great Ormond Street Hospital.

The case has triggered a strident debate on social media and in the press about whether doctors or parents should decide a child’s fate. U.S. President Donald Trump and Pope Francis are among many people not directly involved who have weighed in with views.

“Emotions are as high in this case as they could be in any,” said the judge presiding over the case, Nicholas Francis.

Charlie requires a ventilator to breathe and cannot see, hear or swallow.

His parents, Chris Gard and Connie Yates, resigned themselves to allowing him to die after the most recent set of scans showed his condition had deteriorated to the point no recovery was possible.

But Yates was back at the London High Court on Tuesday, this time for a hearing on practical arrangements for the end of Charlie’s life.

The parents want Charlie to be taken to their home or to the home of a close relative or friend for his last moments until his life support system is switched off.

Their lawyer, Grant Armstrong, told the London High Court that Great Ormond Street was placing “obstacle after obstacle” in the way of the parents’ wish.

“We struggle with the difficulties the hospital is placing in the way of the parents having a … short period of time before the final act in Charlie’s short life,” Armstrong said.

Charlie Gard’s mother Connie Yates and her lawyer arrive at the High Court for a hearing on her son’s end of life care, in London, Britain July 25, 2017.Peter Nicholls

The hospital said Charlie’s end-of-life care must be safe, spare the baby all pain and must protect his dignity, while at the same time honoring his parents’ wishes about the time and place of his passing.

In a document presented to the court, the hospital’s lawyer wrote that the invasive ventilation Charlie required was only provided in a hospital setting.

It listed several practical problems. Among them was the fact that the ventilator would not fit through the front door of Charlie’s home.

“Charlie is a child who requires highly specialized treatment. His care cannot be simplified. It must be provided in a specialist setting by specialists,” the document said.

“It is in Charlie’s best interests, and everybody’s, that the risk of a precipitate, distressing or disordered death is removed so that he may be assured of a peaceful and dignified passing.”

Tuesday’s proceedings were the latest in an agonizing series of court hearings for the Gard parents.

They had wanted to take Charlie to the United States to undergo an experimental treatment never before tried on anyone with his condition, against the advice of Great Ormond Street doctors. Britain’s courts, backed by the European Court of Human Rights, refused permission, saying it would prolong his suffering without any realistic prospect of helping the child.

The details of Tuesday’s hearing suggested that the relationship between the parents and the hospital had broken down completely.

The hospital said the parents had rejected an offer of mediation.

“Today, palliative care consultants at the hospital have had a lengthy, difficult and (sadly but understandably in the dreadful circumstances) unconstructive meeting with the parents,” the hospital’s legal document said.

“There remains no agreed plan.”