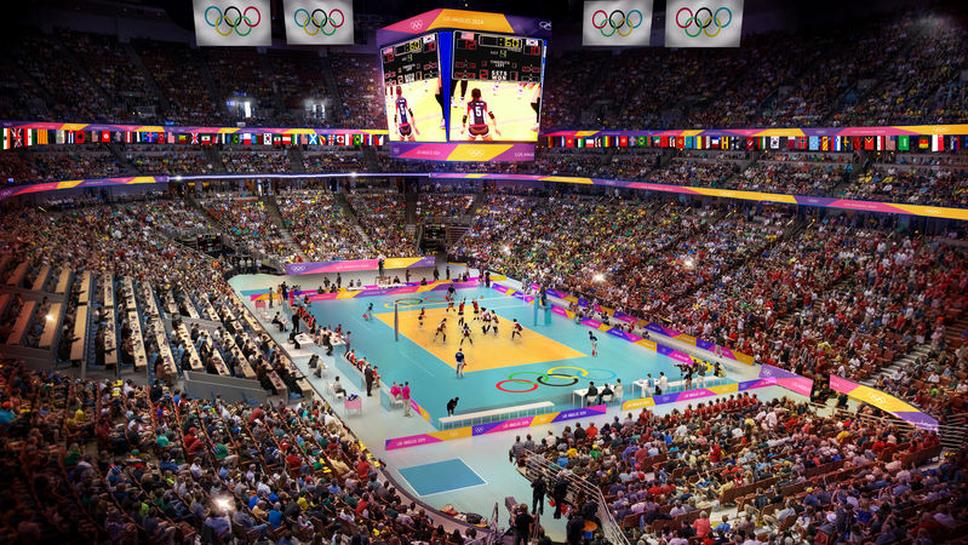 LOS ANGELES/ PARIS (Reuters) – Paris moved within a hair’s breadth on Monday of formally being chosen to host the 2024 Summer Olympics after rival candidate city Los Angeles agreed to accept the consolation prize of the 2028 Games in a rare two-way contest between the cities.

Both cities were competing for the 2024 Summer Games after several other contenders withdrew, and the stage was set for Paris to win its bid when the International Olympic Committee confirmed that Los Angeles had officially embraced the later date of 2028.

“The IOC welcomes this decision of the Los Angeles Olympic and Paralympic Candidature Committee,” said IOC President Thomas Bach in a statement.

The IOC’s unprecedented move of awarding two Games in tandem turned the spotlight on security challenges facing the French capital while giving Los Angeles, which last hosted the Olympics 33 years ago, ample time to upgrade its public transportation system.

Residents of Los Angeles, which ranks as America’s second-largest city by population, expressed a mix of enthusiasm for the Games and anxiety about placing additional strains on the city’s notoriously heavy traffic.

“It was a great thing the last time we had it here in L.A., and I think it will be a boon for business and kind of bring unity back to L.A.,” Los Angeles resident Domenic Ferrante, 53, told Reuters.

The hosting agreement for Los Angeles commits the IOC to furnishing the city financial contributions totaling $2 billion, the committee said.

An official designation of Paris for the 2024 Olympics has yet to be announced. Assuming it clinches the Summer Games for that year, it would mark the centenary of the 1924 Paris Olympics, depicted in the 1981 Oscar-winning motion picture “Chariots of Fire.”

Paris Mayor Anne Hidalgo welcomed the Los Angeles decision but stopped short of saying the 2024 Olympics were assured for her city, adding that talks with the IOC would continue through August to “reach a tripartite deal.”

A representative for Hidalgo’s office, speaking on condition of anonymity, said definitive word was expected to come when the IOC meets in September in Lima, Peru, after several more steps in the procedure had been finalized.

The deal was first reported on Monday by the Los Angeles Times, which cited an unnamed source.

The co-chair for Paris’ Olympics bid, Tony Estanguet, said its organizing team had convinced the IOC “of the merits of awarding” the 2024 Games to Paris. His committee hailed the Los Angeles announcement as “a key step in the process of awarding the Olympics.”

Los Angeles Mayor Eric Garcetti’s office said he and other backers of the city’s bid for the Olympic and Paralympic Games would make an announcement to the news media at 5 p.m. PDT (0000 GMT).

But the decision was confirmed in nearly simultaneous statements issued hours earlier by the IOC in Zurich and the Los Angeles Olympic bid committee in Los Angeles.

“It is a win-win for the two cities,” Canadian senior IOC member Dick Pound told Reuters by phone. “It’s good for the IOC because we’ve got two great cities lined up for the next two big shows.”

The next Olympic Summer Games, in 2020, is already scheduled to be held in Tokyo. Los Angeles previously hosted the Summer Games in 1932 and 1984.

The Southern California city had argued that it could host a low-cost Olympics given that it already has all the necessary infrastructure in place, while Paris would need to build several expensive new facilities.

But Paris was seen as the front-runner for the 2024 Games because it had been passed over in a series of earlier Olympic bids and because the French capital will have marked 100 years since the last time it hosted the Games.

Los Angeles’ reputation for heavy traffic and the impact of President Donald Trump’s ban on travel to the United States from certain Muslim-majority nations had been seen as factors weighing against the latest bid by the U.S. West Coast city.