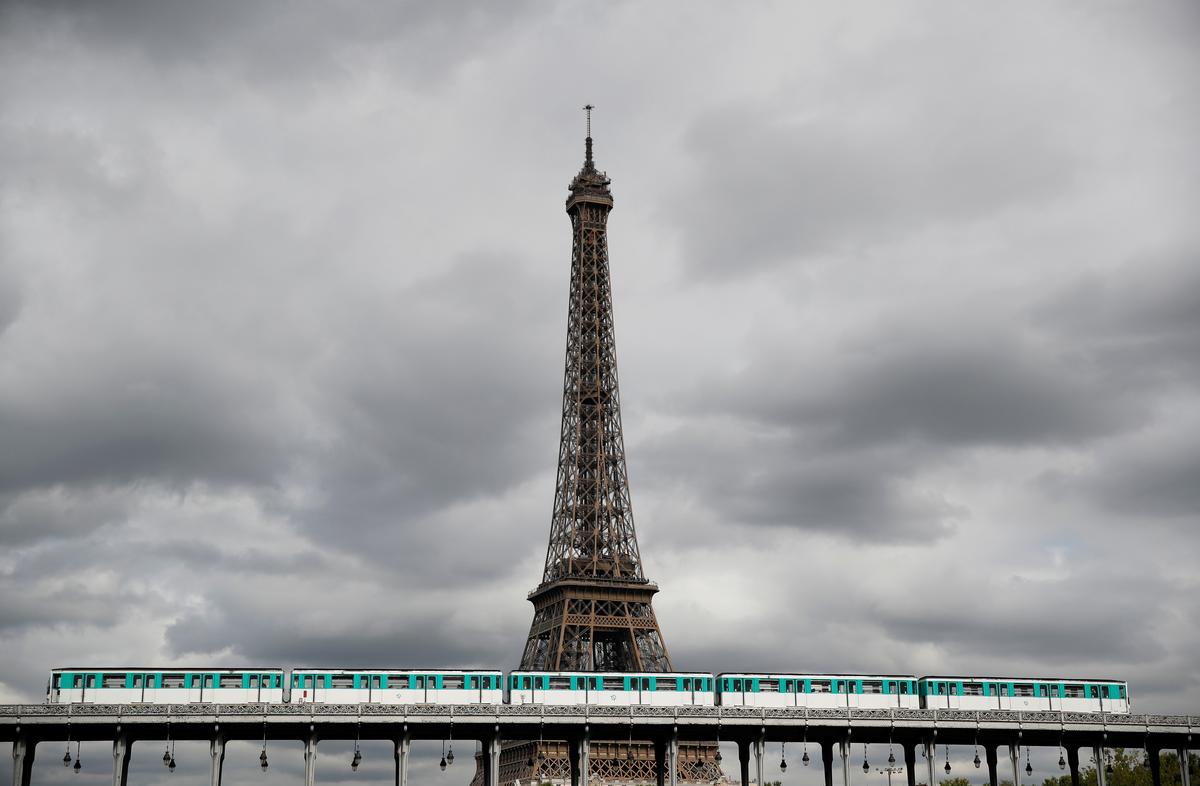 An elevated Metro passes over a bridge next to the Eiffel Tower in Paris on the eve of a strike by all unions of the Paris transport network (RATP) against pension reform plans, France, September 12, 2019. REUTERS/Christian Hartmann

Ten out of Paris 16 subway lines and two major regional train lines were totally shut as the morning rush hour got underway, leaving commuters scrambling to find alternatives to get to work.

“I am walking to work today and will be on the streets for at least four hours,” Anthony, 21, who works in a restaurant in West Paris told Reuters.

Unions want the strike, expected to be the largest since 2007 in Paris, to send a warning to Macron’s government as it launches one of the most perilous reforms of his presidency — to merge France’s 42 different pension systems into a single points-based system.

Prime Minister Edouard Philippe promised on Thursday to take the time to carefully sound out unions and take account of broader public opinion after having faced criticism in the past for turning a deaf ear.

“The prime minister’s announcements will not have any impact. The strike has been launched and participation will be massive,” Frederic Ruiz, who heads the CFE-CGC union at the RATP Paris public transport company, told Reuters.

The government did not waver in the face of rolling strikes last year over a reform of the state rail company, but Macron has since been weakened politically by a series of anti-government protests at the end of 2018 and early this year.

Those protests, which shocked the nation with some of the worst street violence in decades, were triggered by concerns over falling living standards and also concerns Macron was pushing his reform agenda too hard.

The pension regime specific to RATP workers allows train drivers and other staff that work underground to retire at 52, a decade earlier than the normal legal retirement age for a full public pension.

Previous reforms have already rolled back some of RATP workers rights and increased how long they have to pay into the system, but workers are worried they will have to make further sacrifices.

An Odoxa-Dentsu poll found that nearly three out of four people surveyed did not think that Macron’s government would come up with a good reform.