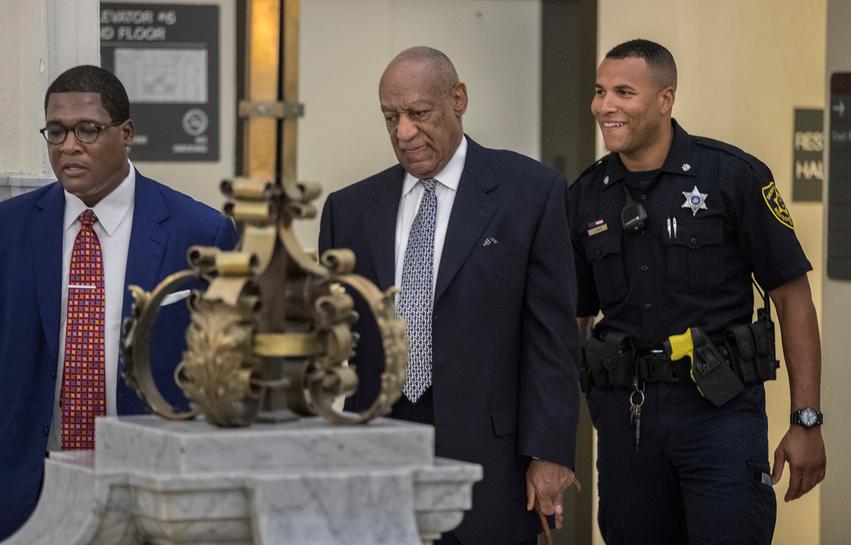 NORRISTOWN, Pa. (Reuters) – Comedian Bill Cosby’s retrial on charges of sexually assaulting a former Temple University administrator in 2004 at his Philadelphia-area home will be postponed from November to March of next year, a judge said on Tuesday.

Cosby’s first trial ended in a mistrial in June after more than 50 hours of jury deliberation failed to yield a unanimous verdict on whether he drugged and assaulted Andrea Constand, who got to know Cosby while working for the women’s basketball team at the university, his alma mater.

Cosby, 80, built a long career on a family-friendly style of comedy that unraveled after dozens of women came forward to accused him of a string of sex assaults dating to the 1960s. He has repeatedly denied wrongdoing, saying any sexual contact he had with his accusers was consensual.

Despite avoiding conviction in the first trial, Cosby elected to bring in a new defense team for the second one. Leading the new team is Tom Mesereau, a Los Angeles lawyer recognizable by his collar-length mane of white hair and best known for successfully defending the late singer Michael Jackson from child sexual abuse charges in 2005.

Cosby’s retrial will be heard by jurors from the Philadelphia suburb that Cosby has long called home after Mesereau told O’Neill on Tuesday he would not seek a jury from outside Montgomery County.

The jurors in the first trial were bused in from Pittsburgh after Cosby’s lawyers argued that intense publicity would make it nearly impossible to select an impartial local jury.

Mesereau and two other lawyers, Kathleen Bliss and Sam Silver, have replaced Brian McMonagle and Angela Agrusa, who withdrew from the case but were present for the hearing.

Wyatt said he and McMonagle get along personally but that “changes had to be made.” Hiring Mesereau to replace McMonagle, he said, was akin to upgrading from a Mercedes-Benz to a Rolls-Royce.

Montgomery County District Attorney Kevin Steele told reporters that his office was confident about its chances.

“This case deserves a verdict and we intend to get there,” Steele said.

Constand’s allegation is the only one against Cosby that is recent enough to sustain criminal charges.