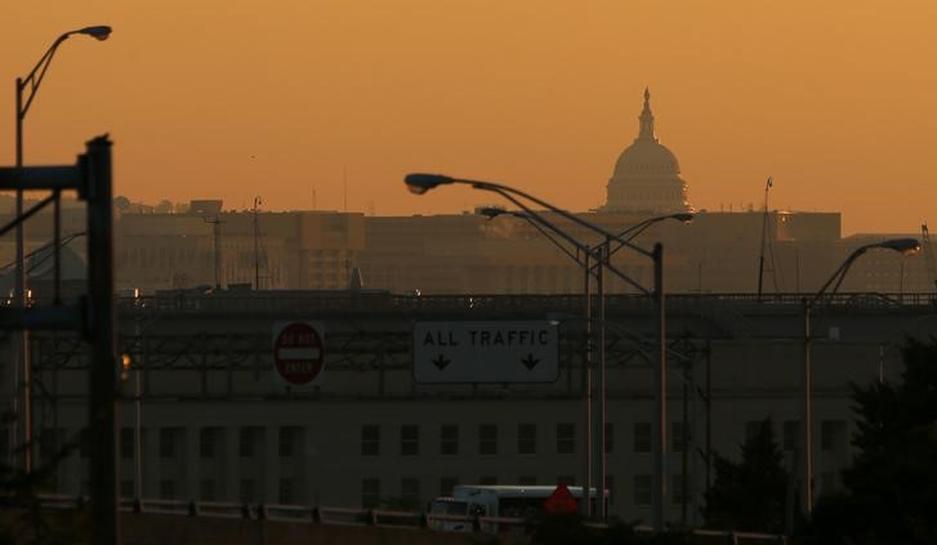 WASHINGTON (Reuters) – U.S. President Donald Trump’s failure to fill dozens of senior-level positions at the Pentagon is making it difficult for defense contractors to forecast business.

Defense company officials, speaking on conference calls after their just-reported quarterly earnings, did not blame Trump directly, but said the lack of appointments to key positions at the Pentagon had slowed contract awards and created uncertainty.

Krone, whose company is one of the largest providers of services to U.S. armed forces, said those open posts have slowed the awarding of government contracts.

The Department of Defense said it has 42 unfilled top-level posts that require Senate confirmation, including general counsel, inspector general and other important roles like secretary of the Army and undersecretary of the Navy.

The Pentagon referred a request for comment on its unfilled posts to the White House. A White House official said: “Democrat obstruction has played a key role in jamming up the president’s agenda.”

Of the 42 open positions that require Senate confirmation, 29 have no nominee identified, while 13 have nominees awaiting confirmation.

For two of the largest U.S. defense companies, General Dynamics Corp (GD.N) and L3 Technologies Inc (LLL.N), thin staffing at their largest customer was a talking point with investors.

The Defense Department is “working on filling several positions in the Pentagon and that has definitely resulted in a slowdown,” said Ralph D’Ambrosio, chief financial officer of L3, a prime contractor for surveillance, security and detection systems.

Because of the slowdown, the quarter just ended was the lowest second-quarter spending level on record at $62.5 billion, according to a report by data analysis firm Govini, seen by Reuters. The report said “federal procurement resources are stretched thinner than they ever have been.”

Leidos’ Krone pointed to the expected one-year delay of the Navy’s $3.5 billion NMCI NextGen program to update the intranet used by the U.S. Navy and Marine Corps as an example of a big contract delay.

Defense spending for the 2018 fiscal year and beyond was unclear, said Byron Callan, a defense analyst at Capital Alpha Partners, noting that few companies have changed their long-term profit expectations, suggesting that uncertainty has made forecasting more difficult.

“The fact that we didn’t have an enacted (fiscal year) 2017 budget until the early part of May, which was seven months into the fiscal year, has definitely slowed down the contracting activity and the obligation activity within the Department of Defense,” said D’Ambrosio.

Some of the positions have been difficult to fill. Two of Trump’s nominees for Army secretary, its top professional civilian position, withdrew their names from consideration. The White House then nominated Raytheon Co (RTN.N) lobbyist Mark Esper, and he is awaiting a vote on his confirmation.

General Dynamics CEO Phebe Novakovic said during her company’s conference call that “without these appointments, it is difficult to process contracts” and to make progress on defense-related projects.